A part of a monument unveiled recently to Ustasha terrorist Miro Baresic in Drage, Croatia, has been painted red. 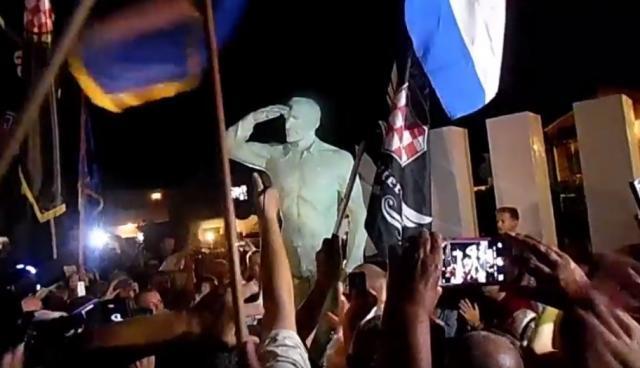 Croatian media are reporting that this occurred in the night between Saturday and Sunday.

Unknown "artists" painted one hand and leg of the monument, raised to honor the killer of Yugoslav Ambassador to Sweden Vladimir Rolovic, who was murdered in 1971 in Stockholm.

The organization Antifa Sibenik announced on Facebook that "the final detail was missing on the monument to a killer." The commenters to the post suggested he now had "bloody hands."

The monument was recently unveiled in Drage in the presence of two Croatian cabinet ministers, causing strong reactions in Serbia, and also in Rolovic's native Montenegro.