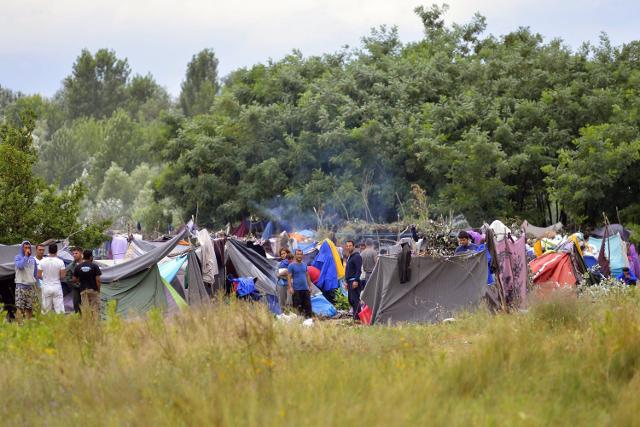 Migrant tents are seen in a camp on the Serbian side of the Hungarian-Serbian border near Horgos, on July 16 (Tanjug/AP)

They warn citizens of the danger posed by migrants - "ahead of a vote in October on troubled EU plans to relocate 160,000 migrants among member states," AFP has reported.

"Did you know? The Paris attacks were committed by migrants," one of the messages states.

Others say that that "violence against women has increased exponentially since the start of the migrant wave" and that "in Libya alone, a million migrants wait to come to Europe."