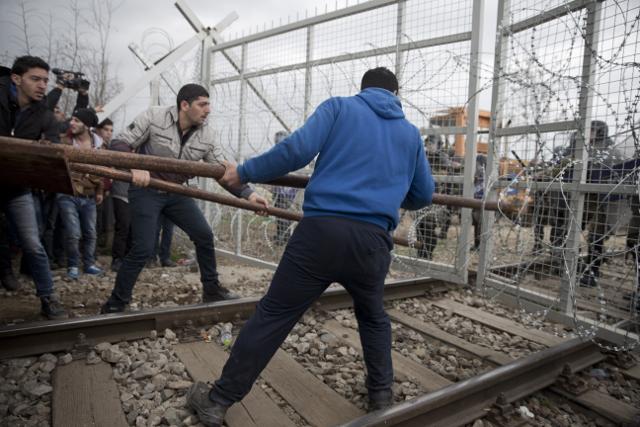 To prevent refugees from going into the territory of Macedonia, the police threw tear gas and stun grenades. Nobody was arrested during the incident on Monday morning.

The migrants, who shouted, "open the borders," also threw stones at the Macedonian police, but had to withdraw in front of them.

Earlier, the Macedonian police said that around 500 migrants pushed past the Greek police in order to reach the fence. According to BBC, they used a steel pole as a battering ram to break through the gate.

Thousands of refugees have been stranded on the border between Greece and Macedonia while waiting for Macedonian authorities to let them continue on their way toward Western Europe.