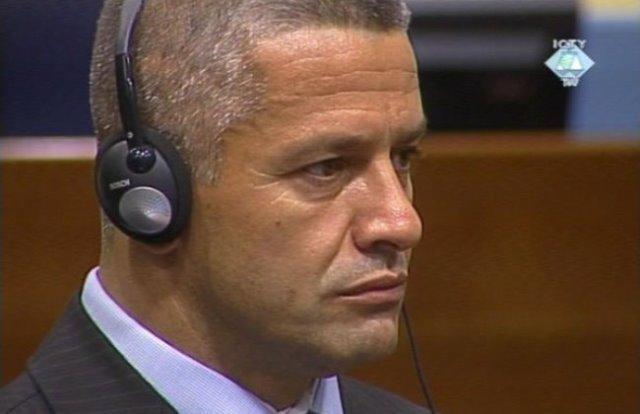 (Image made from ICTY video)

They are charged with killing Serb prisoners in 1992 in the area of ​​Srebrenica and Bratunac, eastern Bosnia.

Oric was at the time a commander in Srebrenica of wartime formation the Army of the Republic of Bosnia- Herzegovina (ARBiH).

During the first status conference held on November 24, Prosecutor Miroslav Janjic announced that 30 witnesses would give their statements, among them a protected witness, and that 63 pieces of material evidence will be presented, reported RTV RS.

The Court confirmed on September 9 three counts of the indictment against Oric and Muhic: that they in 1992 in Zalazje, Lolici and Kunjerac killed three prisoners of Serb nationality - Slobodan Ilic, Milutin Milosevic, and Mitra Savic.

The accused pleaded not guilty on October 19.

Oric's defense lawyers on November 9 filed a motion with the Hague Tribunal (ICTY) asking it to order the Bosnian court to suspend proceedings for war crimes in Srebrenica due to him already standing trial "for these crimes" and being acquitted by the Hague in 2008.

But the tribunal on December 11 rejected the request, saying that the new indictment was "significantly different" compared to the previous charges.

The Hague Tribunal explained its decision by saying they acquitted Oric of command responsibility for the murder of one person in the Srebrenica police station and six people in the municipal building, while he is currently charged with having personally killed one person in the village Zalazje, and with another member of the so-called Army of Bosnia-Herzegovina participating in the murder of two people in Bratunac.

Oric is out on bail, free to "limited movement" in the Muslim-Croat entity of Bosnia-Herzegovina (FBiH) and must report to the police every week.

He was extradited to Bosnia from Switzerland on June 26, where he was arrested on June 10 on a Serbian warrant for war crimes.

Both Serbia and Bosnia asked for his extradition, and a Swiss court eventually ruled in favor of the latter.