The 23rd anniversary of the murder of Serb civilians in Kravica near Bratunac in eastern Bosnia was marked on Tuesday. 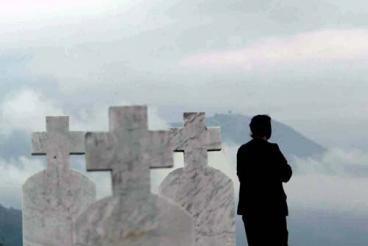 A church service for all 158 victims from this town and the nearby villages was also served today, while candles were lit at a memorial site in Kravice.

49 of them were killed as the wartime Army of the Republic of Bosnia-Herzegovina attacked from the direction of Srebrenica on January 7, 1993 - Orthodox Christmas Day.

Seven more civilians disappeared on that day, five of which are still listed as missing.

The village was pillaged, and 688 Serb houses set on fire. Naser Oric, a Muslim (Bosniak) wartime commander in the area, was indicted by the Hague Tribunal for war crimes committed in Kravica and the vicinity of Srebrenica during the 1992-95 war in Bosnia-Herzegovina. He was acquitted in July 2008.

The Court of Bosnia-Herzegovina is now conducting proceedings against Oric on charges of murder of three Serb prisoners in the area of Srebrenica.