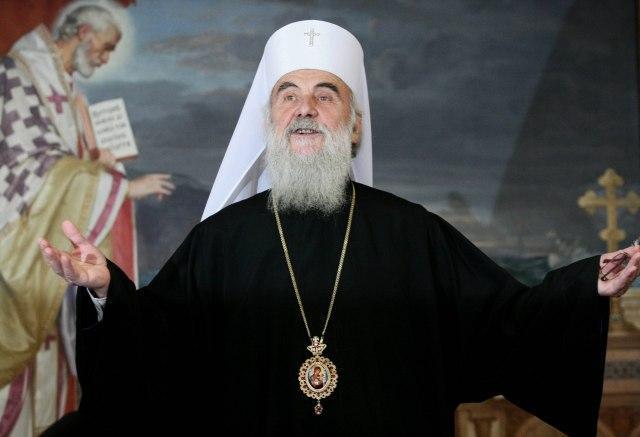 It concerns the intention to declare Cardinal Alojzije Stepinac a saint.

Stepinac was a Second World War-era Croatian Catholic dignitary who supported the founding of the Independent State of Croatia (NDH) - a Nazi allied entity ruled by the Ustasha regime that ran death camps for Serbs, Jews, and Roma, including Jasenovac.

According to the newspaper, the letter sent by the head of the Serbian Orthodox Church (SPC) expressed concern about the possible canonization of Stepinac. At the same time, the article said, "Serbian bishops did not conceal their delight by Pope Francis' gesture to stop the canonization and form a mixed Catholic-Orthodox Commission which should consider the arguments of both sides."

The Croatian daily further writes that the letter proposed to the pope, via Cardinal Kurt Koch who is in charge of relations with other Christians, that the result of the Commission's work should include, among other things, "an act of purification of historical memory."

It is proposed that the working group should focus "on the personality of Cardinal Stepinac and his activities during the Second World War, but also in the time that preceded the war, and that which followed it."

The SPC bishops said they were "convinced that in this will simultaneously lead to new insights into the historical context in which Cardinal Stepinac acted, as well as the complex relations between our Churches and relations between Serbian and Croatian people during the Second World War."

According to the article, the SPC added that the Commission must be international and that "this conversation will be productive and useful if, in addition to the pastors of the two Churches, it also involved those who are experts on the issue, including international experts that would ensure the highest the level of conversation and its fruitfulness. "

The SPC also said in the letter that it decided to notify other autocephalous Orthodox churches about this and invite them to pray, "making the whole process take on a whole new dimension of dialogue between Belgrade and the Vatican, but also with the entire Orthodox world."

The Zagreb daily said that the pope was asked to receive a delegation of the SPC "in the near future" composed of Archbishop-Metropolitan of Montenegro and Littoral Amfilohije, Bishop Irinej of Backa and Novi Sad, and Professor Darko Tanaskovic, a former Serbian ambassador to the Holy See - "that would present to the proposal of the members of our Commission for dialogue on Stepinac. "

Patriarch Irinej also suggested to form a permanent delegation of the SPC "for direct dialogue with the Holy See," saying he was convinced that a whole new page had been opened not only in southeastern Europe, but in general in Catholic-Orthodox relations, "by which the Serbian Orthodox Church showed it cared about peace, reconciliation and development of dialogue and ecumenism, here and abroad. "