Dodik refers to Serb entity in Bosnia as "state"

RS President Milorad Dodik has said that the Serb Republic (Republika Srpska, RS) - the Serb entity in Bosnia - is "a state." 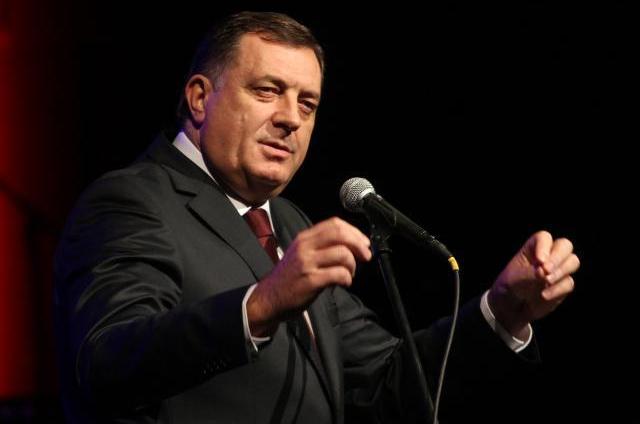 The fact it is "being denied" speaks to its actual importance, he asserted, and added:

"Without that state, Serbs in these areas, whose desire is to live in peace, stand no chance."

"Serbs would not have stayed here for more than 20 years without the RS, because majority of them would not have accepted Bosnia-Herzegovina. For that reason the fight for the RS is the basic interest of all of us who live here," Dodik told Banja Luka daily Glas Srpske, adding that the entity "must be loved even when not everything in it is exactly the greatest."

Speaking about the Constitutional Court of Bosnia-Herzegovina decision regarding RS Day, January 9, he asked "who gave the right to a court to, with three votes of foreigners and two of Bosniak (Muslim) judges, outvote other judges and make a ruling."

The court said in November that January 9 cannot be a state holiday because it is also a Serbian Orthodox feast and patron saint day (slava).

"The essence is that we must have a law on the Constitutional Court of Bosnia-Herzegovina, because without it it is a caricature. I am not ready to accept three foreigners and two Bosniaks making decisions for the Serb Republic. This fight is yet to be continued," he announced.

Commenting on international community representatives who said his activities were undermining the Dayton peace agreement, and in that way the RS, Dodik said this was "a fabricated story, where those who have undermined the Dayton agreement massively, by imposing laws, now want to say they must deal with him (Dodik) because he is allegedly undermining Dayton."

"I am not undermining Dayton, they've already done it to a considerable degree. I fight for Dayton and will persevere in that fight. Bosnia-Herzegovina cannot exist based on the violence of international representatives. As long as I live, I will fight for the RS," said Dodik.

He then appraised that Bosnia-Herzegovina cannot survive as a country in the long term, "because its survival has no realistic basis."