Vučić in Tirana: "Better to be at the table than on the menu" VIDEO

Serbian President Aleksandar Vučić arrived in Tirana, where he is participating in the Summit of the leaders of the European Union and the Western Balkans. 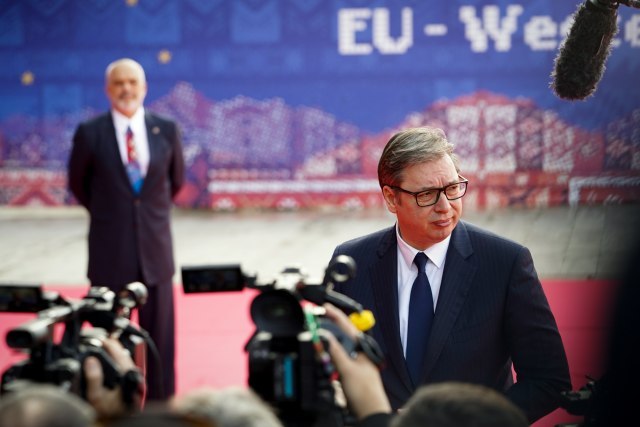 "It seems to me that it is always better to be at the table because when you are not at the table, then you are on the menu. Everyone can't wait for that, this is a better opportunity to protect the interests of Serbia," said Vučić.

Vučić said that Serbia is an independent country, but that it also knows its obligations towards the European Union. He said that there will be many important people at the summit today, and that he is there to defend the positions of Serbia.

"Serbia is independent, it is easier for someone to criticize us and say that we are too close to Russia because there is nothing else to complain about," said Vučić.

Vučić will attend the signing of the Roaming Declaration between the mobile operators of the European Union and the countries of the Western Balkans, the Office for media relations of the President announced.

The summit begins, and the leaders gather.