Media: Farmers' protest in Novi Sad - fight for the farmers or state destabilization?

Farmers in Novi Sad decided last night to continue the protest, because, as they say, an agreement with the government was not reached. 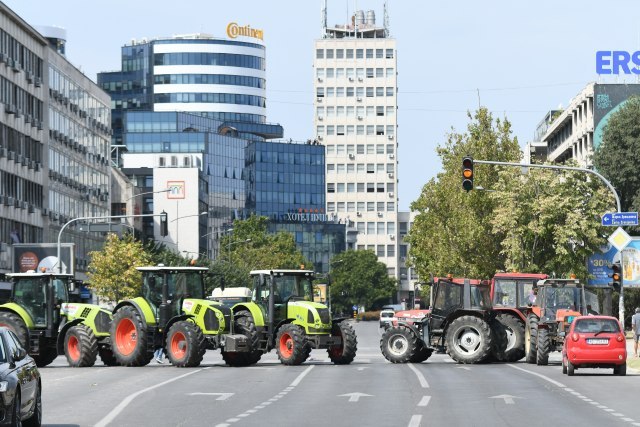 After consultation with the protest coordinator on further steps, it was decided to continue the blockade during the night. The Varadin bridge, Mihajla Pupina Boulevard and Jevrejska Street are blocked.

Farmers also say that their further steps depend on the Government's response and they ask that the demands they made again on Thursday be fulfilled.

Prime Minister Ana Brnabić told farmers on Friday that she is ready to meet with farmers again.

Representatives of the Initiative for the Survival of Serbian Farmers spoke with the Prime Minister and Minister of Agriculture Branislav Nedimović, but dissatisfied with the response, they sent seven amended demands to the government and continued the protest until, as they said, they received an answer.

As reported by the portal 24sedam.rs, the opposition is behind this protest, which is trying to destabilize the state and Serbian Athens through these protests. Of course, like all the previous ones, this protest is another harassment of citizens by a group of oppositionists.

Namely, while yesterday there were only 11 people at the protest in Srbobran, today Novi Sad is not blocked by hundreds of disgruntled farmers, but only by about twenty tractors, reports this portal.

Dissatisfied citizens, taken aback by the situation, which was not announced, once again became hostages of the policy that has been led by the opposition parties for a long time, the "24sedam" portal states and claims in the text that it is about destabilizing the state.