Is America making a new plan for Serbia?

There are more and more insinuations and analyses that Washington is returning its focus to the Western Balkans. 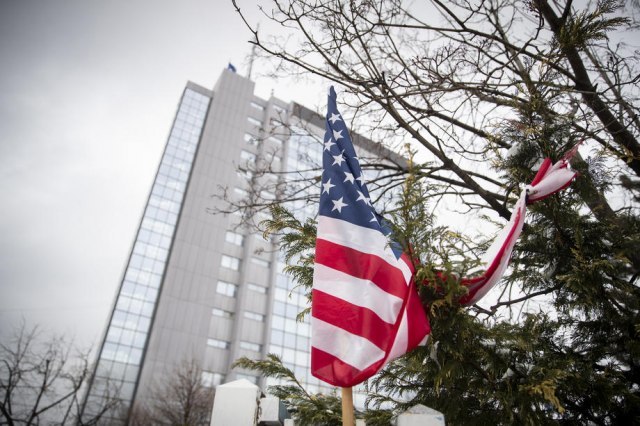 Will the USA once again have the strongest influence in the Western Balkans - this is the question that arises after a group of US senators from the Democratic and Republican parties presented a draft law that aims to support economic development, trade and the fight against corruption in our region.

Both of these legal acts, which were supported by both Democrats and Republicans, indicate that the USA is following everything that happens in the Western Balkans with great attention and not only that, but wants to influence the economic, political and every other process in this region.

Democratic Senator Zhanna Shahin, who introduced both draft laws, pointed out that the initiative comes as a result of increased concern in the Western Balkans over the war in Ukraine. As she said, the relationship of the USA towards the region is crucial at this moment where "Russian President Vladimir Putin's intentions to spread malignant influence throughout Eastern Europe are evident", which is why the region's rapprochement with the EU and NATO should be strengthened.

"The new bipartisan law strengthens trade and investment between the USA and the Western Balkans, while fighting corruption, through the adoption of a special law for sanctions against destabilizing actors. All this paves the way for wider Euro-Atlantic integrations," said Shahin.

US senators see this bill as an opportunity to further strengthen relations between the US and the Western Balkans, expand economic opportunities and support efforts to improve democracy and eradicate corruption.

Also, in the draft law, American senators supported the common regional market in the Western Balkans and the "Open Balkans" initiative, which, as they point out, has great potential for improving economic conditions in the region.

Whether and what can change in the Western Balkans after this draft law in the USA is a topic that will be relevant in the coming months and years in the entire region.

They neglected the region a bit

The president of the "Libek" educational and research center, Miloš Nikolić, points out that the proposal of this law in a way represents "the awakening of America in relation to the Western Balkans".

"The impression of the vulnerability of our region was only reinforced by the invasion of Ukraine. There was a justified impression that the US somewhat neglected this region, and that other great powers, primarily Russia and China, took advantage of this in the previous decade," Nikolić emphasizes for "Blic". As he says, that proposal has several layers - economic, security, energy, infrastructural, educational-cultural, media aspects.

"It is a comprehensive proposal to strengthen the strategic presence of the USA in our region in the long term. Some of the goals of the proposal are more urgent, such as, for example, the position of the EUFOR mission in Bosnia and Herzegovina. Others focus on regulating the area of sanctions, which is partially included in the decrees of the President of the USA", Nikolić assesses.

Economic support is the most important

"The adoption of a five-year strategy is foreseen here. The support that our companies and the private sector, and above all small and medium-sized companies, can receive in this sense can be very significant for the economy. In this context, it is important to emphasize that the proposal explicitly underlines the great potential and initiatives of the Open Balkans. I would also particularly like to point out that the importance of educational cooperation, partnerships between universities and the importance of youth cooperation is recognized," underlines Nikolić.

A stronger instrument for combating corruption

Suzana Grubješić from the Center for Foreign Policy also shares the opinion that the war in Ukraine and Russian aggression have returned the focus of the USA to the Western Balkans because, as she says, the integration of the region into Euro-Atlantic structures remains unfinished business.

"Secondly, the US is paying more and more attention to China's presence in the region, which could also imply increased US engagement," Grubješić assesses. As she says, the US will create new anti-corruption initiatives that will cover the entire region.

"It will expand the powers for the American sanctioning of the corrupt, as well as the construction of new regional economic initiatives that should improve the region's competitiveness on the global market," Grubješić underlines.

Our interlocutor reiterates that in June of last year, U.S. President Joe Biden passed a decree with similar content as these draft laws.

"The initiative of six senators from both American parties gives the United States of America a stronger instrument for combating corruption and Russian and Chinese influence in the Western Balkans," concludes Grubješić.

"Libek" President Miloš Nikolić is not optimistic that the American bills will contribute much to the fight against corruption in the Western Balkans.

"The fight against corruption is something that must not be seen as homework from the outside, but as the authentic will of our domestic political actors. This proposal implies certain mechanisms to support that will. But this remains something that primarily depends on the will of the elected politicians within the countries of our region and the foreseen sanctions will not be able to change that much," Nikolić apostrophizes.

Nikolić believes that even without these American laws, Russian influence in the Balkans "will inevitably decrease in the long term due to the changed geopolitical circumstances on our continent."

"The idea behind this proposal is how to ensure that due to this historic retreat, Putin's Russia does not cause fractures that could politically and security wise destabilize the region. This proposal aims to fill strategic voids before others. Therefore, a wide range of support and cooperation opportunities are offered , which is not only of the declarative type," believes Nikolić.