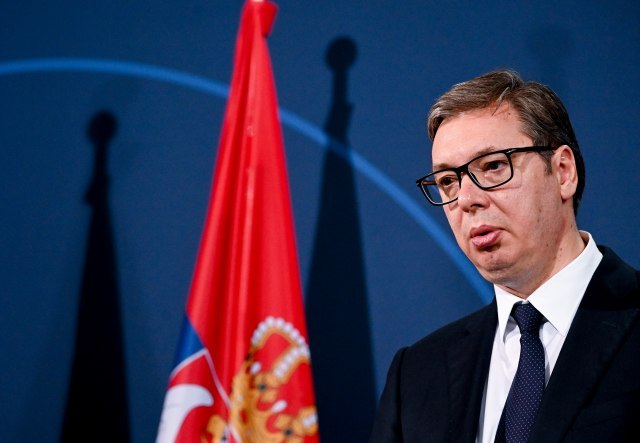 Vučić said that the one and only topic in Davos is Ukraine and everything that is happening there, and everything else is on the margins. As he says, today he talked to many world and economic leaders.

"Diverse opinions could be heard in Davos before, now only Ukraine is a topic and one and the same side, huge support for Ukraine and that's it. You live in a world where hysteria dominates and there is no common sense. We have given a clear political position and condemned the attack on Ukraine, but in vain, you can not change the opinion of some, you can not convey any rational message. I do not think there is willingness for anyone to hear anyone on this issue. Yesterday the main news was, all our newspapers reported only whether someone applaud or not to Zelensky's speech? Imagine, now I'm also talking about someone touring around the hall whether someone is applauding or not. What stage of madness have we entered, should we order everyone to applaud?", Vucic said.

"I have no right to talk about what we discussed. It's our job and everyone shares the concern about what's going to happen in the world and how to find a solution for themselves - how to buy as much food and coal as possible. They're looking to find a solution to oil. Ukrainians took over the Russian house and now they are presenting Russian crimes there. This year, Davos is marked with Ukrainian colors, which is expected," Vucic said.

He also referred to the dialogue with the of the Western Balkans.

"What will it look like? By Kurti telling terrible words about Serbia - I can tell you in advance, I've heard that 500 times already - He will say that little Putin will carry out wars in the Balkans on the orders of the great Putin and that's it, that's the rhetoric. I will speak fiercely and that's it", Vucic said.

"Our job is to work hard. Some are looking forward to making it as difficult as possible for Serbia," Vucic said. For now, Serbia is finding solutions," Vucic pointed out.