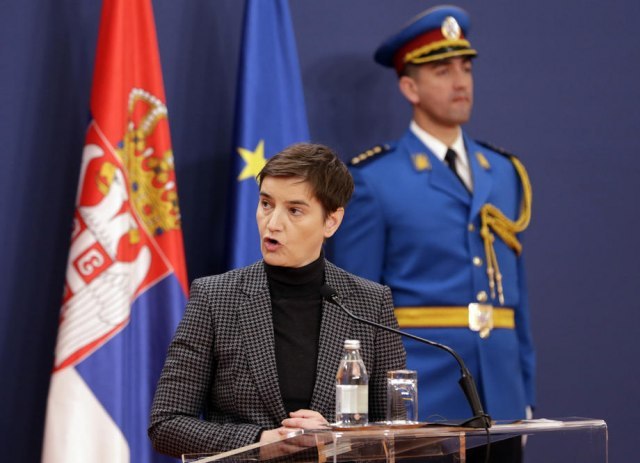 She assessed that Serbia has taken the "bravest approach and the most principled position" on the issue of the war in Ukraine.

She reiterated that Serbia is "the only country in Europe" that has not imposed sanctions on Russia.

"We have stated politically clearly what our position is, but we have not aligned ourselves with sanctions. This is often overlooked. And some ambassadors have forgotten that we have not remained completely neutral. They must have more understanding for us when it comes to sanctions or when we fight for full respect for our territorial integrity as they fight for the territorial integrity of Ukraine", Brnabic said.

She also assessed that the world is in a situation in which the international legal order is based on the "rule of force".

"When the great powers choose which UN resolution to respect in full and which to violate, then there is an international legal order where you only have the rule of force. Russia today is doing what some other countries did to us in 1999 and 2008. They use the same phrases, that they had to resort to war in order to prevent potential genocide", the prime minister said.