At the opening of the Winter Olympics, Vučić met with Polish President Duda PHOTO

President of Serbia, Aleksandar Vučić, arrived in China on a two-day working visit to that country. 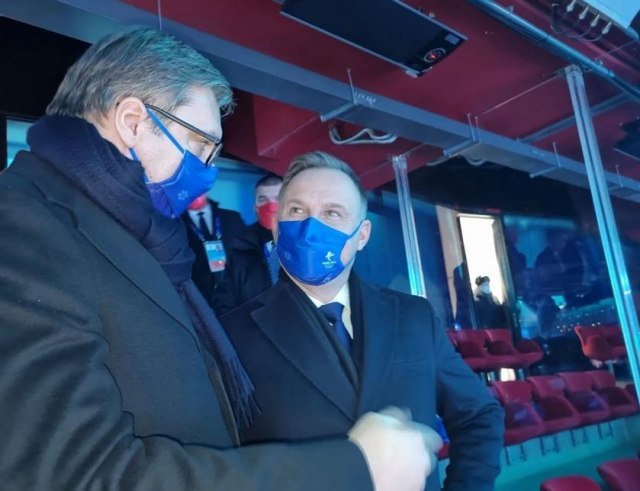 During the visit, President Vučić will meet with Chinese President Xi Jinping and attend the opening of the Winter Olympic Games.

Vučić arrived in Beijing early this morning, and was greeted at the airport by Vice Foreign Minister Deng Li on behalf of the President of China.

President of Serbia is attending the opening of the Winter Olympic Games, and before the ceremony he met with the President of Poland, Andrzej Duda.

"With the President of Poland Andrzej Duda in a friendly conversation at the magnificent stadium in Beijing, before the opening of #WinterOlympics. We stated that Poland and Serbia are becoming increasingly important foreign trade partners, and that mutual exchange has almost reached an unimaginable two billion euros. Whoever runs for the president of Serbia and wins will have the honor of hosting Andrzej Duda in Belgrade in 2022", stated Vučić in the photo published on the Instagram profile "buducnostsrbijeav".

After the ceremony, Vucic will attend a reception hosted by Chinese President Xi for visiting heads of state and international organizations.

Together with Vučić, the Minister of Youth and Sports Vanja Udovicic, as well as the President of the Olympic Committee of Serbia, Bozidar Maljkovic, will attend the opening of the Winter Olympics. Serbia will be represented at this year's Winter Olympic Games by two athletes, skier Nevena Ignjatović and skier Marko Vukićević, who will carry the flag of our country at the opening.

On the second day of the visit, Vučić will meet with Chinese President Xi Jinping, and this will be their seventh meeting.

As a member of the delegation of the President of Serbia, in addition to Udovicic and Maljkovic, Minister of Finance, Sinisa Mali, is also present in Beijing.

It should be noted that a special video attracted the attention of the public, depicting Serbian flag in the capital of China.

The video was posted on the official profile of "Budućnost Srbije" on Instagram, and was shared via other social networks.

According to one user from China, the video had as many as 63 million views in China.

Vučić: The situation is not naive; I should remind them what they did to Serbia VIDEO

President of Serbia, Aleksandar Vučić, stated that the situation in Serbia, in connection with the crisis in Ukraine, is not naive at all. 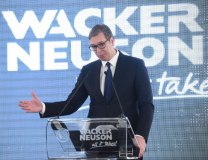 Grenell's answer to Pristina: And you refused help PHOTO

Former US Special Envoy for Dialogue between Belgrade and Pristina, Richard Grenell, reacted to Pristina's request for NATO membership. 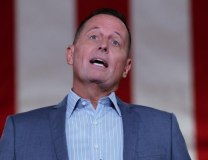 The fourth day of Russian military operation in Ukraine: The day began with fights and may end with an agreement. Negotiations between the two sides are pending 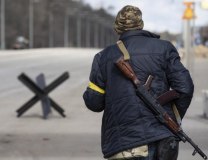 Tonight, President of Serbia, Aleksandar Vučić, addressed the nation from the Palace of Serbia: "This is not the time for imposing sanctions on Russia". 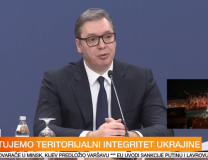 Today, Vučić presents Serbia's position on the crisis in Ukraine 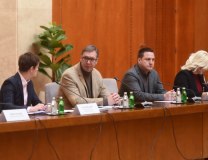 Russians take Chernobyl? "If they hit collectors, radioactive dust will cover the EU"

Fighting near the nuclear power plant is taking place in Chernobyl, AFP reports. 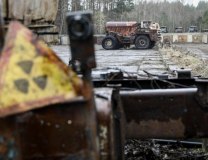 Serbia will not say anything today, it prepares its position: Consultations underway

Today, Serbia will not comment on the war in Ukraine. A new session of the National Security Council is scheduled for tomorrow at 4 p.m. 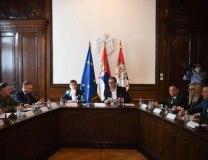 Today, President of Serbia, Aleksandar Vučić, met with the ambassadors of the Quint countries and the head of the Delegation of the European Union to Serbia. 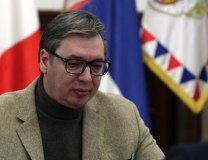