Shooting near Decani: Two students and a driver were killed in the attack on the bus

Three people were killed and at least two were injured in a shooting at a bus with students in the village of Glodjane near Decani, media in Pristina reported. 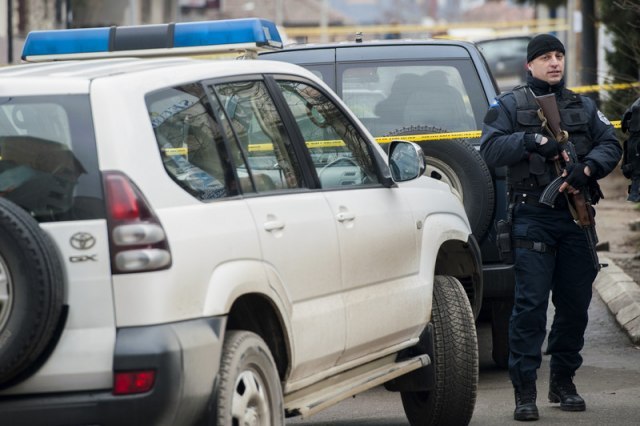 Hospital in Pec confirmed for Klan Kosova that two students and a bus driver were killed in the shooting.

The hospital said that the number of injured is unknown, writes Kosovo online but that the ambulance is bringing them from Decani to Pec.

The police have not yet confirmed these allegations, but in the first report, they told the media that two people were injured.

"According to the information we have, it is suspected that there was a shooting in the direction of the bus and that two people were injured," the police in Pec announced.

The prosecutor on duty is also at the scene.

According to Koha, the driver and conductor of the bus died on the spot, as well as two younger people, aged 18 and 17.

The Albanian media published the names of the victims. The driver G.Dj. was killed, along with students L.H. (19) and G.M. (17). Police confirmed that several masked persons attacked the bus, that the driver was killed and that several students were injured.

The mayor of Decani, Baskim Ramosaj, confirmed that three people were killed tonight after they were shot at the bus in which the students were driving.

"The driver died on the spot, while two students died in the hospital," Ramosaj said.

Ramosaj said that the bus was transporting students from Gjakova to Decani.

Selman Berisha from the Family Medicine Center in Decani confirmed the death of three people. He stated that three people were given first aid around 7.35 p.m. and that they were sent to Pec.

"At around 7.45 p.m., the doctor on duty went to the scene where the death of the bus driver and two students from Glodjane was confirmed. At this moment, two of the injured are in the hospital in Pec and one in Decani," Berisha told T7.

According to unofficial information, the attack happened due to revenge.

Namely, one of the passengers was kicked out by the driver and the conductor of the bus because he was harassing the girls. He then took a Kalashnikov, waited for the bus and fired. Albanian media cite a misunderstanding among carriers on the line as a motive. They also state that it was on that very place that ambush attacks took place before. There were eight passengers on the bus at the time of the attack.

Also, according to unofficial information, there were no Serbs on the bus.

The driver's body was pulled from the bus

The lifeless body of the driver who died as a result of gunshot wounds, after the attack on the bus that happened tonight in Glodjane, was taken away by the team of the Institute of Forensic Medicine, reports Klan Kosova.

According to the police, he died on the spot, while two students who were traveling by bus died at the hospital from the wounds they sustained. Footage from the scene provided by Kallxo.com shows the attacked bus off the road, while the crime scene is surrounded by police tapes. Numerous police units, forensic teams, and the prosecution went to the scene to gather the first evidence of this tragic event, Reporters reports.

Deputy President of the Democratic Party of Kosovo, Vlora Citaku, assessed the shooting on the bus in Decani, in which three people lost their lives, as terrorism.

Police spokesman for the Pec region, Fadil Gashi, stated that there were 8 passengers on the bus at the time of the shooting, reports Klan Kosova.

On the occasion of the incident in Decani, Prime Minister of Albania, Edi Rama, also took to Twitter to strongly condemn the attack on the bus.

"Lives taken in Kosovo by bullets of savagery that deserve extreme punishment worry us all.

I express my brotherly condolences to the families affected by this terrible loss. I support Kosovo's institutions in this challenging moment".