Vučić: "I am afraid that they will look for a way out due to poor election results"

During his visit to Magna factory in Aleksinac, President of Serbia, Aleksandar Vučić, said that the official policy of Serbia is to respect Dayton Agreement. 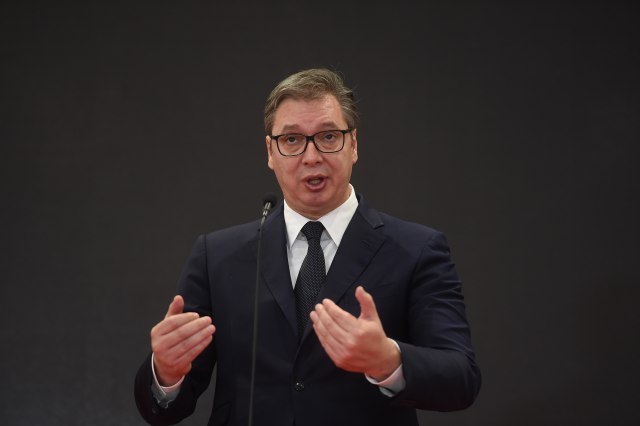 When asked about the elections in Kosovo and Metohija and the accusations that Serbia was putting pressure on its people, he said that Serbia had never forced anyone to do anything.

"We never forced anyone, except that I thought it was better for people to go to the polls than not to go, and I did not hide that. We are attacking Pristina for not fulfilling the Brussels agreement, and then we will not fulfill it. How can we then go before them, asking for the formation of the CSMs", he said.

As he says, he is satisfied with the results of the elections in Kosovo and Metohija. "As for the number of votes, I am satisfied because people came out in incomparably larger numbers, and that speaks of the motivation of our people," he said.

He did not want to speak in advance about the report of the European Commission, which is expected in the afternoon. "I can't say what I know. So, the report is better," he said.

New actions similar to those announced on October 13 in North Mitrovica have been announced from Pristina. The President of Serbia says that he is not surprised by that and that he is afraid that due to bad results, unreasonable moves by Pristina will follow.

"I hope that a reasonable approach will prevail among the people of Pristina, although it is difficult to expect that because of the defeats and failures they suffered, and I am afraid that they will look for a way out of such a situation," President of Serbia concluded.