Slovenians: "Serbia should join the EU"; "It doesn't have to. It brought us nothing."

Majority of Ljubljana citizens support Slovenia's commitment to speed up the process of EU enlargement to the Western Balkans, Serbia becoming an EU member. 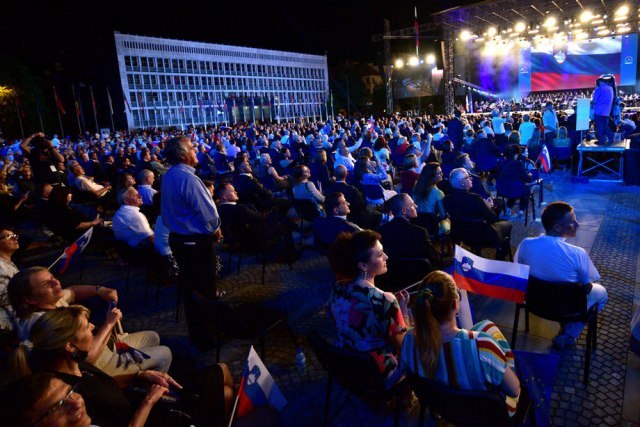 Residents of the Slovenian capital are convinced that both Serbia and the EU can benefit from joining, provided that, as they say, Serbia fulfills all the conditions for membership and respects the values on which the Union was founded.

Bozidar, who introduced himself as a historian and artist, supports Serbia's European path, but believes that it is necessary to meet all the criteria for membership, among which he sees the functioning of the rule of law and free and independent media as key political options.

He emphasizes that the candidate countries, including Serbia, should respect all the values represented by the EU, especially the rights of national minorities.

"Thank God we have the EU, whatever it is. But if it falls apart into small countries, which will kill each other, as was the case with Yugoslavia, then we are not doing well," says Bozidar.

He believes that if there is a community based on certain values, it is possible to fight against nationalism, xenophobia, corruption... When it comes to the integration of Serbia and the Western Balkans, Bozidar says that the EU has a greater interest, primarily economic, and points out that Serbia is a big market for the flow of goods and people.

"But if the European values that are enshrined in various documents are not accepted, then membership for Serbia and the WB will not make sense," Bozidar believes.

His fellow citizen Irena, a lawyer, believes that the enlargement of the Union and the membership of Serbia should be discussed in order to, she says, find a common path towards achieving that goal.

"We used to be one country, weren't we? It's natural that Slovenia is committed to speeding up that process," says Viktorija, and Andrej adds: "We have not thought about it, but we have nothing against it. It would certainly be positive for both Serbia and the EU," says Andrej.

One of the surveyed citizens of Ljubljana, who did not want to introduce himself, believes that Serbia should not become a member of the EU and that membership "did not bring anything" to Slovenia, and that it would not bring any good to Serbia either.

EU leaders, with the consent of Western Balkan leaders, adopted at the Slovenian Summit a Declaration in which they unequivocally supported the European perspective of the Western Balkans and reaffirmed their commitment to the enlargement process based on "credible partner reforms", emphasizing the importance of strengthening integration and absorption capacity of the new members by the EU itself.