Urgent address from the Government announced 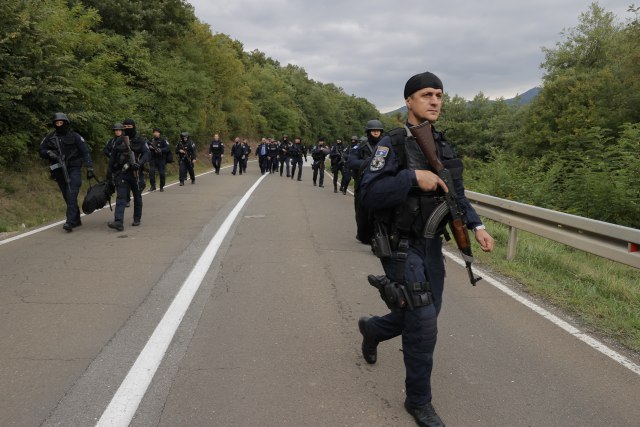 ROSU units are still present at these administrative crossings, and Serbs who are protesting are still not giving up. The situation is calm, and the local media state that growing number of Serbs are expressing dissatisfaction with the decision of the Pristina authorities.

As a reminder, Serbs are dissatisfied with the decision of the so-called government of Kosovo on the replacement of Serbian license plates with temporary Kosovo ones, and that replacement costs five euros.

Petkovic: A new blow is being prepared

The director of the Office for Kosovo and Metohija, Petar Petković, said at the press conference that another blow was coming from Priština.

"A new provocation is coming from Pristina. It is an invitation to Ivan Todosijevic to report to the detention center in Mitrovica by 12 o'clock on October 6 to serve his sentence."

The Russians spoke up

After the Albanian media wrote that there were two Russians and one Belarusian citizen in Jarinje, "suspicious" Russians announced themselves.

"Lie and fabrication," Sergei Belous told Sputnik, who, as a translator and producer, accompanied Channel Five journalist Oleg Derkach to the Jarinje crossing.

"A colleague and I escorted Oleg to the administrative crossing to help him with the translation. No one was detained or interrogated, so neither the Russian group of spies as they called us went to Kosovo nor were they caught with suspicious material. The truth is that only Oleg passed the crossing, stayed for two hours and came back", he added.