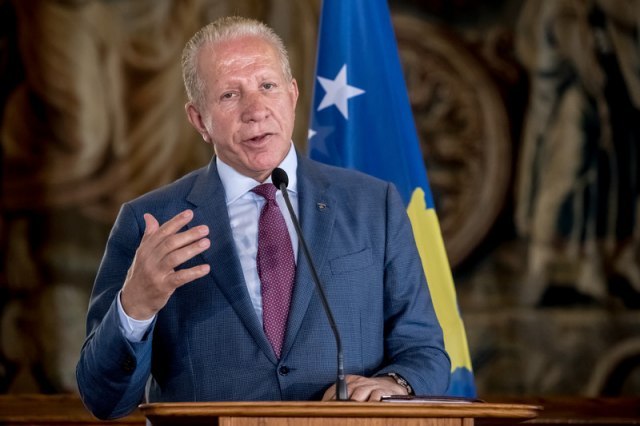 Behgjet Pacolli, the leader of New Kosovo Alliance (AKR) was speaking on the occasion of the 11th anniversary of the verdict of the International Court of Justice in The Hague, which then "determined that the Declaration of Independence of Kosovo did not violate international law."

As Pacolli points out, "the declaration of independence was well drafted and based on the legitimate rights of the citizens of Kosovo."

"That declaration was even in line with the majority of the most democratic countries in the world. Serbia opposed the Declaration, believing that they were doing their best, but the ruling of the International Court of Justice supported the declaration and assessed that the act of independence of Kosovo is not contrary to international law", Pacolli said.

As the AKR leader explains: "It was a great victory for us in Kosovo."

"At that critical time, this victory had not only 'de facto' brought broad international support for us, but also 'de jure' support from the highest justice institution. Of course, Serbia inadvertently, trying to destroy this declaration, did a service to Kosovo, which "after that, feels relaxed with that regard", Pacolli told Kosovo Online.