Dacic: What if Serbia passes a resolution in which genocide is what Njegos describes?

We have warned that any change in the situation on the ground by force means that signed agreements are no longer valid, Dačić said, hosted in "Fokus" on B92 TV 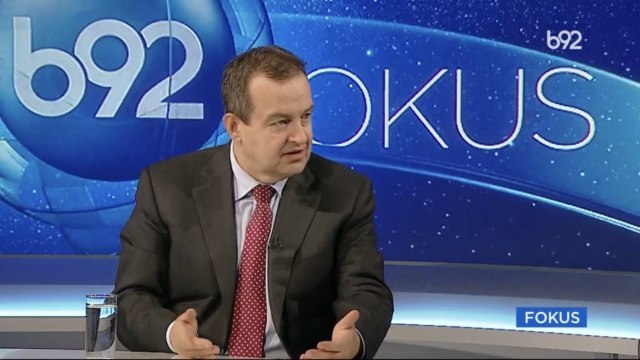 Asked if he is afraid of the frozen conflict, especially since the Kosovo Security Forces are arming the West, Ivica Dacic answered: "We have openly warned that any change in the situation on the ground by force means that the signed agreements are no longer valid, Serbia will not allow military conquest of the North. It is clear to everyone what that means. Everyone is aware that inspiring new conflicts would be fatal," he said.

Montenegro donated vaccines to the Kosovo Security Forces, and Dacic states that it is a provocation.

He asked what would happen if Serbia passed the Resolution that genocide was what Petar Petrović Njegoš described in the fight against the Turkish vassals.

On the other hand, he states that Croatia should pass a Resolution declaring genocide in Jasenovac, before adopting the Resolution on Srebrenica.

He believes, however, that the buttons that cause instability are in the hands of some others, and not in the region. He says that the meeting with the parties without the influence of foreigners is rejected correctly, but that at the last one, there was no talk about the election conditions, but only about Kosovo.

"I see the hysteria of those who do not want to participate without foreigners. What do they think we are talking about? It's like Alice in Wonderland. They don't know how parliamentary democracy works," he added.