Aleksandar Vučić arrived in Brussels, where a new round of dialogue between Belgrade and Priština will be held tomorrow morning at a high political level. 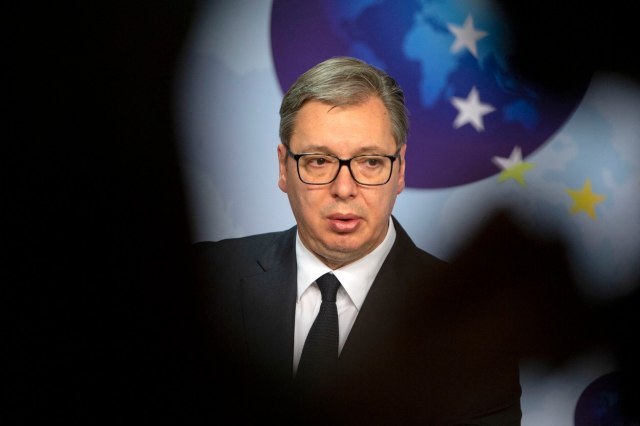 President of Serbia is scheduled to meet bilaterally with the main mediator of the EU in the dialogue between Belgrade and Pristina, Josep Borrell, from 9.30 a.m. After separate bilateral meetings between Borrell and Kurti and Vučić, a trilateral meeting should begin at around 10:30 a.m., which will be attended by the President of Serbia, the Prime Minister of Kosovo, the EU Foreign Minister and EU Special Representative for Belgrade-Pristina Dialogue Miroslav Lajčák.

The EU, which is the main mediator in the dialogue, states before tomorrow's meeting that it is a matter of continuing the process that started in 2011.

It is noted that despite the change of one of the negotiators, Avdullah Hoti was replaced by Albin Kurti on the Pristina side, "obligations and process" remain the same, but Miroslav Lajcak clearly says that the two sides will agree on the agenda of tomorrow's meeting, in which the EU is only a mediator. As Albin Kurti comes to Brussels with a delegation for talks with loud and repeated views that Pristina wants to talk only about mutual recognition, which is unacceptable for Belgrade, the European External Action Service (EEAS) mentions the possibility that if there is an obstruction of talks or "one side will not be ready to continue the process", the head of EU diplomacy, Josep Borrell, will discuss it directly in the afternoon with the President of the USA, Joseph Biden.

What Borrell will convey to Biden as a problem when they meet at the EU-US Summit, which is also being held in Brussels that afternoon, will probably be known after Vučić Kurti's meeting and Lajčák's address to the media, which is expected at the end of the meeting, around 1 p.m. As far as Serbia is concerned, tomorrow's meeting is clear. The President of Serbia, Aleksandar Vučić, stated that he would insist on the implementation of everything agreed so far.

He said, commenting on Pristina's messages that their delegation was coming to make their show in Brussels, and that we were committed to dialogue, and said that the days ahead were not easy and that the situation was not so good.

"It is not the time for big words, but for a firm position, but it is always time to show how much we want dialogue and how important it is to look to the future," Vucic said, before tomorrow's meeting.

By the way, the last round of talks was held on December 10, 2020, and Serbia was represented by the director of the Office for Kosovo and Metohija, Petar Petković. In that technical round, Petković insisted on the formation of the Community of Serbian Municipalities, to which Priština committed itself in the Brussels Agreement, while property and financial claims were also discussed.