Without the green light - what can Serbia expect?

Judging by the latest information from Brussels, Serbia will not open any chapter, i.e. cluster, in the negotiations with the European Union this June either. 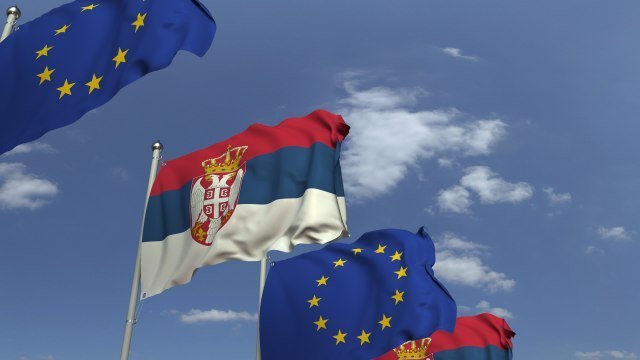 The green light of the members was missing, so after a year and a half, we made no progress.

However, the government says that the intergovernmental conference, which will be held on June 22, is a political signal that the results that Serbia achieved cannot be ignored.

Jadranka Joksimović, Minister for European Integration, points out that it is more important that the political intergovernmental conference will be held on June 22 at a high political level, most likely at the ministerial level.

"That is good, because it is, among other things, a political signal that everything we have done so far has not passed invisibly and that the results that Serbia achieved cannot be ignored," the minister believes. It was expected that there would be a will to open two out of a total of six clusters - in the field of economy, and others on the green agenda and ecology. The condition for that, according to the new methodology, is that we meet the transitional criteria for Chapters 23 and 24 on the rule of law, as many as ninety-eight.

"The most concrete measure is the amendment of the Constitution, which should lead to the final independence of the judiciary in Serbia, together with a series of proofs that this independence has really been achieved in practice. We started too late," said Natasa Dragojlovic, coordinator of the National Convention on the EU.

The National Convention does not dispute that work has intensified in the last three months, and that the negotiating positions for cluster three were sent to Brussels, but it was known, they say, that this is not enough, because Serbia faces great challenges.

"Here we primarily mean the challenges that exist in the reform of the judiciary, in the fight against corruption, in the work of independent institutions in the work of parliament. Also in the field of free and independent media. So, there's a lot of work in front of this country and a lot of lost time. Concrete steps must be taken, otherwise the new methodology will further stiffen the process of European integration", Vladimir Pavlović from the Belgrade Open School points out.

The main expectation from the intergovernmental conference is for Brussels to clarify the ambiguities. Serbia must know exactly how the cluster is opened, what the measures are and how the money from investment funds will be used, which is also a novelty.