Vučić: "If Kurti doesn't like it, he can try to do something. I wouldn't advise him" 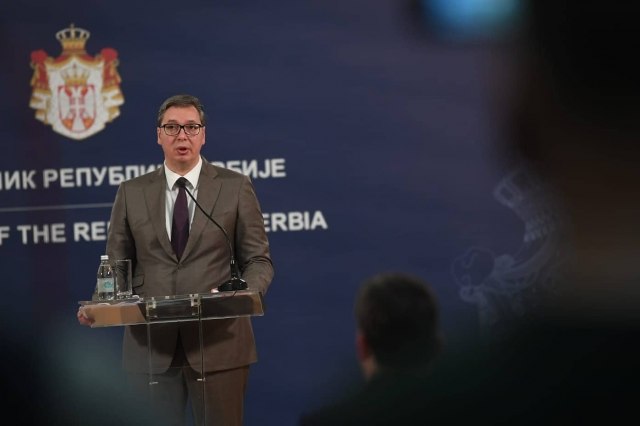 The delegation from Banja Luka is led by the Chairman of the Presidency of Bosnia and Herzegovina, Milorad Dodik, and the President of the Republic of Srpska, Zeljka Cvijanovic.

The meeting was held in the building of the General Secretariat of the President of the Republic of Serbia.

In addition to Vučić, the meeting is also attended by the Prime Minister of Serbia, Ana Brnabić, as well as Ministers Nikola Selaković and Aleksandar Vulin.

After the meeting, the President of Serbia said that there were talks on important issues.

"These are not easy and simple days for the Serbian people. It seems that it is allowed to say anything against Serbia... Everyone is silent," Vucic said at the press conference.

"The fact is that (Albin) Kurti is blackmailing us, but I will treat him like any representative of temporary institutions. If he doesn't like it, he can try to do something. I wouldn't advise him," Vucic added.

Speaking about the Office of the High Representative in Bosnia-Herzegovina, Vučić announced that according to the annex to the agreement, he will ask for daily reports and express his views and listen if RS has something to say about it.

After the meeting, Dodik said that the Office of the High Representative in Bosnia-Herzegovina should be abolished and pointed out that his party did not want to abolish the Dayton Agreement.

"We are not the anti-Dayton party in Bosnia-Herzegovina," he said.