Vučić on the French solution: "We'll see what's going on between Pristina and Athens"

Greece assures us that it will not recognize the so-called Kosovo, said today the President of Serbia, Aleksandar Vučić. 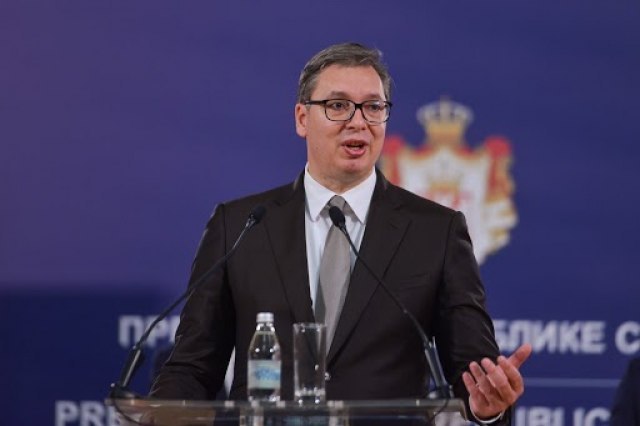 He added that "big and important" consultations on the issue of Kosovo and Metohija will follow in the coming days.

Asked about speculations that France could take over the "lead" regarding the dialogue between Belgrade and Pristina, Vučić answered for TV Pink:

As he said, there will be big and important consultations in Belgrade, and then he expects the dialogue to continue in Brussels. Asked about the allegations that France could propose an interim agreement according to which the north of Kosovo and Metohija would get autonomy, and the Serbian Orthodox Church a special status, in exchange for the recognition of Greece and visa liberalization for Kosovo, he said: "We can talk about it in the coming days. I wouldn't talk in advance before we are certain what's on the table."

He added that there were some changes in relations (between Athens and Pristina). "I expect to see, since there have been some changes in relations, whether it is just a trade office or there is a 'point of interest' between Pristina and Athens. We will see how it goes, so we will inform the public," Vucic said. On speculations that Greece could recognize Kosovo, he says that Greece assures us that it will not do that.

"They assure us that they will not recognize Kosovo, and these allegations that we have heard are certainly not the best news for us. We will see, we will inform the public about it," Vucic pointed out.