Why five EU members will not recognize the so-called Kosovo

Five EU members, which do not recognize the independence of the so-called Kosovo, do not intend to change their position, writes Sputnik. 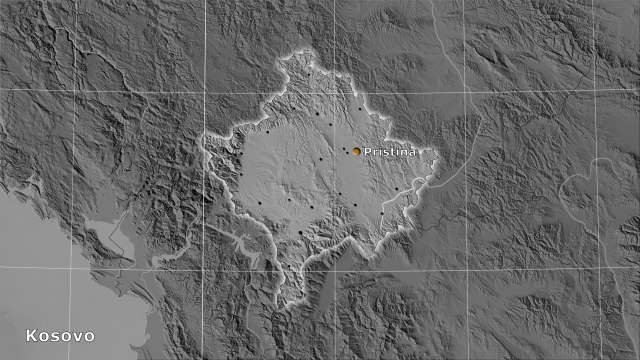 Cyprus, Greece, Slovakia, Romania and Spain firmly hold their political views on the so-called Kosovo, because otherwise they would have a problem with their territorial integrity.

Prime Minister of the Interim Institutions of Pristina, Albin Kurti, asked this week in Brussels from five EU member states, which did not recognize the self-proclaimed independence of Kosovo, to do so, and said that it would "lead Kosovo towards European integration".

The research associate of the Institute for European Studies, Dr Aleksandar Gajić, says for Sputnik that the reason for such a statement by Kurti is that the non-recognition of the independence of the so-called Kosovo by some EU countries is not favorable for Pristina's negotiation moves, which are based on Serbia being conditioned to sign an agreement on the recognition of Kosovo in order to join the EU.

"He understands that this argument is in favor of Serbia and that these five countries are a stumbling stone of the whole group that pushes the recognition of Kosovo as independent. All those countries actually adhere to international law and principles, remain consistent, while other countries, which "recognized the independence of Kosovo, under pressure from the sponsors of the independence of the southern Serbian province, in fact are aware that they are working contrary to Resolution 1244 and that this self-proclaimed independence is illegal under international law, but they agree, because they are aware of the political power 'pushing' the story," Gajic said.

According to him, the five countries that did not recognize Kosovo: Cyprus, Greece, Romania, Slovakia and Spain, remained principled primarily due to their internal interests, i.e. existing and potential problems related to certain parts of their territories and national minorities. It is important to them that the precedent set by Kosovo does not turn into a rule that could jeopardize their territorial integrity.

Dušan Proroković from the Institute for International Politics and Economy points out that Cyprus has strong political disagreements with Turkey, because it is the only country that has officially recognized Northern Cyprus as a state, i.e. as the so-called Turkish Republic of Northern Cyprus.

"Turkish military forces are on its territory. Cyprus does not recognize secession because it disrupts its internal organization," says Prorokovic. He notes that Greece supports Cyprus and has good relations with Serbia, and therefore does not change its position on Kosovo. He reminds that Greece influenced the entry of Cyprus into the EU with its unresolved problem. "Greece is a 'serious state'. It also sees it in a geopolitical context. For Greece, there are two key geopolitical threats related to Turkish aspirations and Albanian ambitions. For Greece, the creation of a Greater Albania is as much a threat as for Serbia. "Serbia as a current ally, not only as a potential one," Prorokovic said.

Gajic adds that Greece, in addition to the Albanian, also has a problem with the North Macedonian national minority.

As for Slovakia and Romania, Prorokovic states that the traditionally good relations of those two countries with Serbia play an important role in the firmness of their position on Kosovo, especially when it comes to Romania.

"We have deep and strong historical ties with Romania and that factor has played a significant role. Both Slovakia and Romania met with demands for the territorial autonomy of the Hungarian population in the mid-1990s. It is very dangerous for them to set a precedent that could adversely affect their internal organization", Proroković points out.

Prorokovic reminds that Spain has a problem of pronounced separatism in Catalonia, which is why he takes the position that secession cannot be recognized outside international law.

Gajić agrees with him, adding:

"Spain has a problem with Catalan, but also Basque separatism. We saw that the EU three years ago did not stand convincingly enough in defense of Spanish sovereignty. Because of these disintegration processes that include some of its regions, Spain take a principled stand".

A different climate in international relations

Because of everything that stands between the mentioned five countries and the recognition of Kosovo, Gajić concludes that Kurti insists on something that is - not realistic:

"He is trying to invite them publicly, hoping that Euro-Atlantic relations, after Biden's coming to power in the USA and the joining of European institutions, primarily the European Commission, will do something for Kosovo's transatlantic agenda. However, the situation is generally not favorable. It is much more unfavorable than it was back in 2008. These countries that withstood the pressure back then and did not recognize Kosovo, now they have all the reasons to stay with that position due to the EU's inability to protect sovereign states from potential separatism and the diminishing power of the United States in international relations".