Jugović: Stamatović will also join SNS and become member of the SNS Presidency

Member of the SNS Main Board, Bratislav Bata Jugović, expects that the leader of Healthy Serbia, Milan Stamatović, will also join the Serbian Progressive Party. 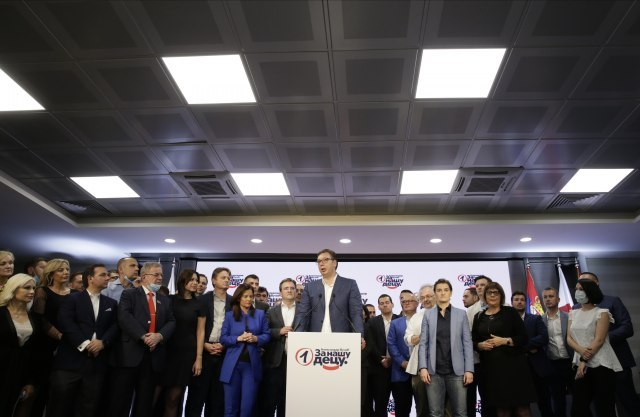 "I think that Sapic is not the only leader of one party that will collectively join Serbian Progressive Party (SNS). I conducted a poll in Cajetina and the citizens of Cajetina who wholeheartedly support Milan Stamatovic, the mayor and leader of Healthy Serbia, the vast majority of them said they wanted to see Stamatovic in the Presidency of the Serbian Progressive Party, rather than having his own party", he said.

He added that he asked them why they thought so, and that they answered that "Stamatović is also in favor of the renovation of the Temple of Saint Sava, that he would also erect a monument to Stefan Nemanja, that he is in power and that he would also fight for the Resolution on Serbian suffering in Jasenovac".

"I expect, that is my perception, there is no official information that Milan Stamatović, like Šapić, will join the SNS and that he will be a member of the SNS Presidency," Jugović concluded, hosted on Happy TV.