The meeting between Vučić and Šapić is over; "Until the end of May" VIDEO / PHOTO

The meeting of the delegations of the Serbian Progressive Party (SNS) and Serbian Patriotic Alliance (SPAS) ended today at around 6 p.m. 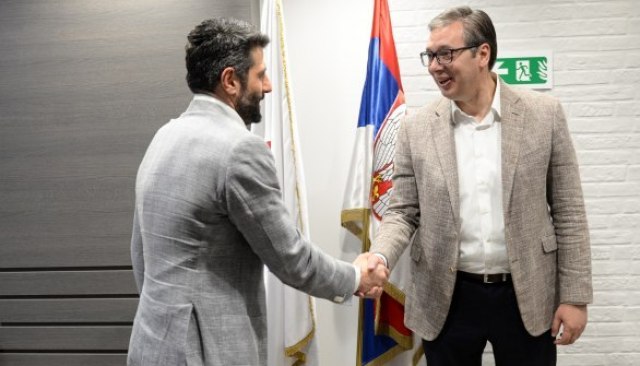 SNS President Aleksandar Vučić briefly told reporters that they had talked about many things, while SPAS leader Aleksandar Šapić announced the unification of the two parties by the end of May.

Sapic told reporters that the impression after the meeting was good, that everything was as he expected and that the two delegations discussed technical issues and points around which they would unite.

Asked whether SPAS unanimously made a decision on the party\'s bodies on unification, Sapic said that the Main Board would still be held, but noted that everyone in the party\'s presidency was informed, as well as local committees in Serbia, and that the reaction was better than what he expected.

Asked when the next meeting will be held, Sapic answered that the two parties will be in daily communication.

When asked by journalists whether he received praise for last night\'s appearance in a television show, Šapić said that he did.

The meeting of the delegations at the SNS headquarters ended at around 6 pm, and soon after Šapić, President Vučić left the headquarters of that party, and when asked what they talked about, he briefly commented on "many things".