This afternoon, the leader of SPAS, Aleksandar Šapić, will discuss with the president of the SNS, Aleksandar Vučić, the unification of those two parties. 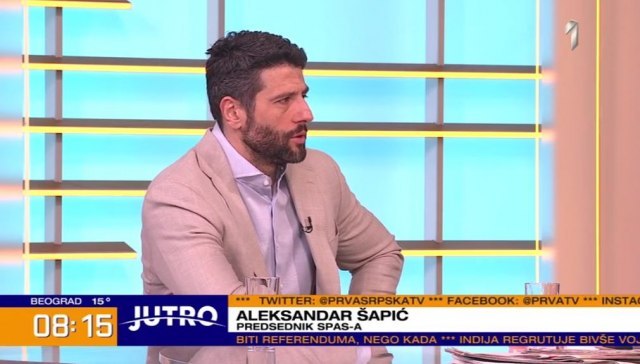 As a guest on the morning program of TV Prva, Šapić stated that he is aware that the party he created will disappear one day, when he unites with the SNS, but that he is not afraid of that.

"Serbian Patriotic Alliance (SPAS) was not created to be my private company," said Sapic, adding that the party was founded with the goal of doing something.

In the three years it has existed, he added, SPAS has achieved significant results, as evidenced by the invitation from the largest party in Serbia to unite.

Asked to comment on media reports about the "quarrel" with Goran Vesić, the deputy mayor of Belgrade and a high-ranking SNS official, Šapić said that he would not make a reality show out of his statements and that if there were any objections, everything should be stated on party boards as serious parties do.