Tomorrow, the heads of EU diplomacy will hold a strategic discussion in Brussels on a stronger EU political engagement with partners in the Western Balkans. 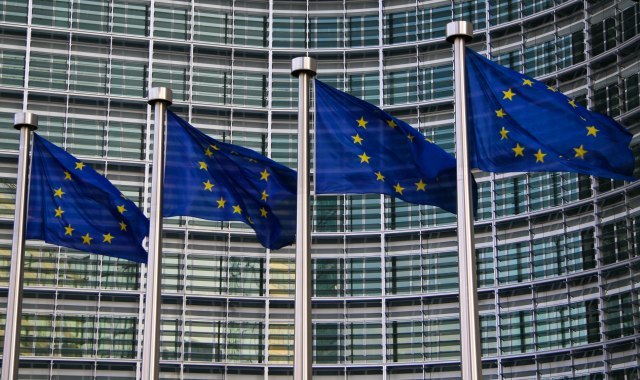 Tomorrow, the heads of diplomacy of the European Union will hold a strategic discussion in Brussels on a stronger political engagement of the EU with partners in the Western Balkans, as well as "joining in common potentials, partner action in facing global challenges", RTK2 reports.

This is stated in the preparatory document for tomorrow's EU ministerial session, which will look at how to "jointly shape the common future within the European Union through urgent and joint actions", with the aim of also "strengthening cooperation in the field of security".

EU High Representative Josep Borrell will present the ministers with a "non-paper", which states that the clear goal of the Western Balkans is full membership in the EU.

One senior EU official told reporters that the ministers wanted to determine how to improve co-operation with the Western Balkans "for the sake of stability and security of the EU itself, and the Union can only be safe and secure if the Western Balkans are safe and resilient, thus contributing to improving the chances for the process that leads the region to the European Union".

The Union's foreign ministers will consider this further when they meet in the "General Affairs" format on Tuesday, and the heads of state or government should discuss in June how to incorporate relations with the Western Balkans into the EU's strategic priorities.

The preparatory document emphasizes that key EU bodies have highlighted the "clear European perspective of the region", and Borrell will present an analysis by the European International Affairs Service, which states that "the integration of the Western Balkans into the Union is a political, security and economic interest of the EU geostrategic investment in a stable and prosperous Union".

The non-paper designed by "EEAS" points out that a strong EU presence is the best way to prevent the Western Balkans from turning to other countries in the world, which clearly indicates the EU's goal to reduce the influence of China and Russia in the region.

Among other things, it is noted that the process of negotiations between Serbia and Montenegro on membership in the Union should be speeded up, but it is also suggested that the authorities in Belgrade and Podgorica must "improve the dynamism of their reform program, especially regarding the rule of law and geopolitical orientation".

It is further stated that Belgrade and Pristina, given that both governments there now have the strong support of the electorate, should use the opportunity to reach a comprehensive agreement on the normalization of relations, because, as noted, there is no time to lose.

"Non-paper" of Borrell's team reminds of the fact that "the Western Balkans is an integral part of Europe" and that "the economic and demographic effect of full involvement of the region would be smaller compared to previous EU enlargement processes".

"The region's gross domestic product is less than one percent of the EU population, and its inhabitants represent about four percent of the Union's population, while the geopolitical benefit for the EU would be significant," the document added.

According to the EEAS, "thirty years since the break-up of Yugoslavia, the unification of the continent has become a political imperative for the European Union."

And, as it is stated, for the EU, it is a confirmation of its values, strengthening the strategic autonomy of the Union, preserving its immediate neighborhood from opposing external influences and a key geopolitical priority, which deserves political attention to the region as a whole".

Borrell's "non-paper" specifies that the clear goal of the Western Balkans is full membership in the EU, and any suggestion for taking different path presents a distraction with bad consequences for strong work that must be done to achieve the vision of a united strong and advanced Europe", it is concluded in the paper.