Vučić: We have three problems VIDEO

President of Serbia, Aleksandar Vučić, met today with the mayors of the municipalities of Kozarska Dubica, Kostajnica, Nevesinje and Drvar. 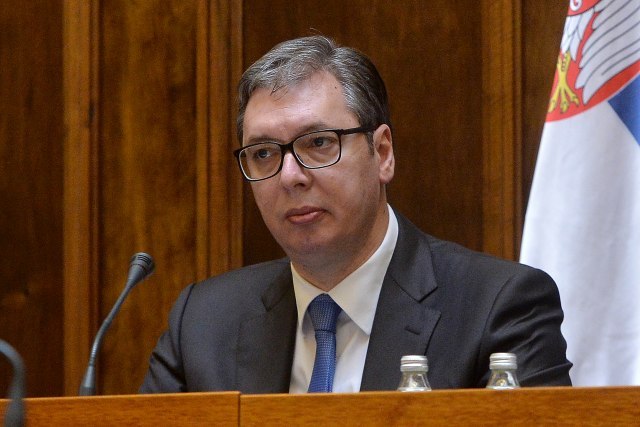 The main topic of the meeting was the investments of Serbia and Srpska in these four municipalities, which are among the underdeveloped ones, as well as assistance in repairing the damage from the recent earthquake in Dubica and Kostajnica.

"Our intention is not to show that we are symbolically present, but to help Republika Srpska. We have made the decision that people from these municipalities will come to Belgrade. Our help will be really great, as it will be worth around 10.000.000. Part of it will go in cash and part in projects. Our goal is for them to stay and live on their estates," he said.

He announced the construction of a large memorial complex in Donja Gradina. "The nation that does not nurture a culture of remembrance, cannot have the strength for the future," he said.

He pointed out that we have three problems.

"The first is that we must be part of Europe and the world, the second is that there is no world order. Under three, there have never been less moral principles in world politics. So you come to laugh when you hear today those who contributed greatly to the break-up of Yugoslavia. They say that they are for the principle of immutability of borders, and back in 2008, they were also for that principle, and today they repeat it all the time", he pointed out.

After the meeting, Vučić visited "Donja Gradina" Memorial Area, laid a wreath and attended the memorial service for the victims of genocide in the Jasenovac concentration camp.