"Are you threatening Serbia with a genocide lawsuit? I'm just warning you"

Serbian President Aleksandar Vučić says that the lawsuit of the so-called Kosovo for genocide against Serbia is possible only through another state - Albania. 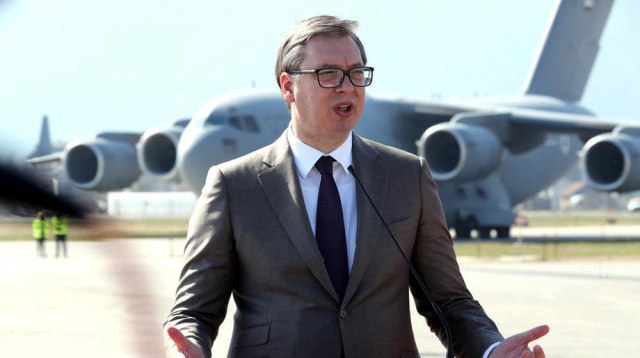 "Are you threatening Serbia with lawsuits for genocide? You can only do that through another state, that is, through Albania - that means unification with Albania. I ask Albanians from Kosovo not to do that," says President Vučić and adds:

"And then they say it\'s because of a humanitarian catastrophe. Isn\'t it a humanitarian catastrophe in Syria, Afghanistan or Iraq? Still, you didn\'t separate Basra from Iraq, or Homs from Damascus. You do that only to Serbia. For Europe, Serbia is successful only without Kosovo. And the great powers have always done the same, namely, they want unification against the Serbs," the president said.

Vučić points out that Serbia can easily reach an agreement with all countries in the region, but that foreign actors constantly want to limit and restrain Serbia.