Brnabic: I am still afraid

This is the first time after "Saber" that such an extensive investigation was performed, organized crime receiving a severe and serious blow, Ana Brnabić said. 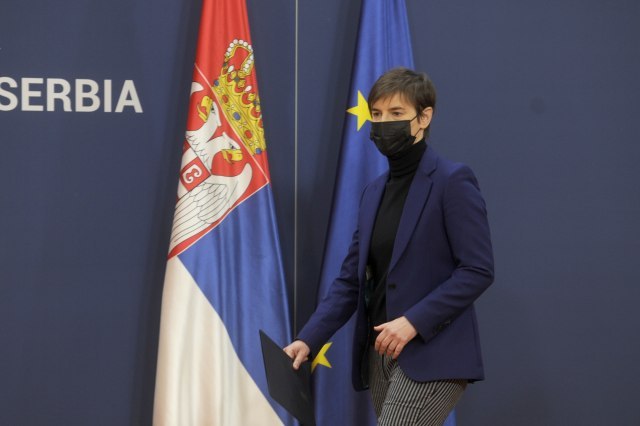 "I will remind you that "Saber" followed after the assassination of the prime minister. Now we have not allowed for the things to go that far," Prime Minister Brnabic explains.

According to her, the state was incomparably more efficient and ready.

"So I don't feel responsible, but proud that, as a state, we managed through hard intelligence work to warn everyone that criminals wanted to destabilize the country."

When asked whether she was afraid for her own safety or for the safety of the President of Serbia, she answered: "Yes. I am still afraid, not for my own, but for the safety of President Vučić, because it is natural that he is endangered, as he is seen as a figure who provides stability and security to the state, both political and economic, and guarantees further progress. I am sure that there are many people both in the country and abroad who do not like such a strong and stable Serbia".

In an interview for "Blic", Prime Minister also stated that she does not know who eavesdropped on President Vučić, but that it is without a doubt someone who performed a high state function, because no one else has such capacities. "Someone abused state capacities for the worst possible purpose, and that is, if you eavesdrop on the president of the state and members of his family, it was practically a coup d'etat," she added.