Former Chief of the General Staff of the Yugoslav Army, Momcilo Perisic, was sentenced to three years in prison for espionage. 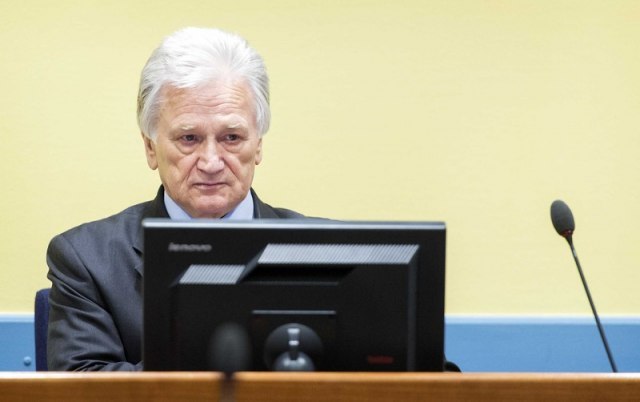 More precisely, he has been charged with disclosing secret information to a U.S. intelligence officer.

In addition to Perisic, Miodrag Sekulic and Vladan Vlajkovic were also sentenced to one and a half year in prison each.

This is the first instance verdict in this case, after more than 18 years since the initiation of the procedure, back in 2002.

Both the defense and the prosecution have the right to appeal against it to the Court of Appeals in Belgrade. Although the complete trial took place without the presence of the public in order to protect military and state secrets, the verdict was publicly announced today in the building of the Special Court, and Perišić attended its announcement. By the way, the court excluded the public at the beginning of the trial at the request of the prosecution, in order to keep the data secret, although the defense of the accused objected.

Proceedings for the "spy affair" were initiated by the former military judiciary in March 2002, but Perisic then invoked parliamentary immunity.

It was reactivated in 2004, but was suspended the following year due to Perisic's departure for The Hague tribunal, where he was tried for war crimes, which ended in 2013 with a verdict of acquittal.

The espionage procedure was reactivated in 2014. Perisic was arrested on March 14, 2002, in a restaurant on the outskirts of Belgrade, on suspicion of "disclosing confidential information to US intelligence officer John Neybor", who then invoked diplomatic immunity.

The case was originally before the military judiciary, which has since been abolished, and is now under the jurisdiction of the criminal department of the Belgrade High Court.