Now, Serbia could not fulfill what has been signed

After the latest recognition of the so-called state of Kosovo by Israel, Belgrade's room for maneuvering is rather narrowed, Sputnik writes. 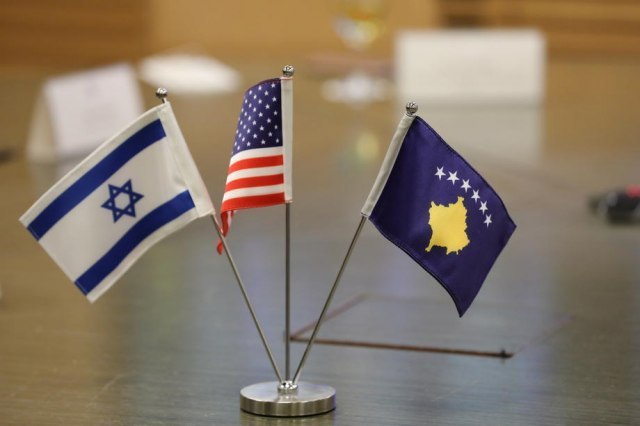 It practically comes down to reconsidering the decision to move the Serbian Embassy from Tel Aviv to Jerusalem, to which we have committed ourselves in the Washington agreement. This is also indicated by the statement of the President of Serbia, Aleksandar Vučić, that we will "build relations with the Jewish state in accordance with the new circumstances."

As things stand now, the Washington agreement seems to be tailored to the interests of Israel, the closest ally of the United States. The only item that has so far, albeit partially, been fulfilled is the last point in the act that was supposed to concern the agreement between Belgrade and Pristina signed with Washington, and it refers to Israel.

Its place in that economic agreement did not pass without surprise even during the signing. The one signed by the Prime Minister of Kosovo, Avdullah Hoti, and the then US President, Donald Trump, clearly states that the so-called Kosovo and Israel agree to mutual recognition, while the one signed between the Serbian and US presidents specifies Belgrade's obligation to move its embassy in Israel from Tel Aviv to Jerusalem by July 1, 2021.

Israel, obviously, did not waste time, Sputnik further estimates, and states that no matter how much the move of Israel and Pristina was expected, it was probably not expected that the last item from the Washington agreements would be the first, at least partially realized. Especially considering the provision that Pristina and Belgrade should forget about the recognition of the so-called Kosovo for a year.

Could that now bring some new consequences? As the Serbian chief of diplomacy Nikola Selaković noticed, it is interesting to see whether there will now be Muslim and Arab countries which will recognize the so-called Kosovo.

When asked if this can happen, considering the attitude of the Arab and Muslim world towards Israel, as well as the Palestinian question, Slobodan Janković from the Institute for International Politics and Economy is skeptical.

"It depends on which countries we mean, considering that for years, at least since 2002, a significant number of Arab countries have been cooperating with Israel, popularly speaking, under the radar. We see in the last year that some of them have established diplomatic relations - the United Arab Emirates, Bahrain and Saudi Arabia has been cooperating for a very long time," he said.

Palestinian Ambassador to Serbia Mohammed Nabhan said immediately after the signing of the Washington Agreement that 57 countries from the Arab League and the Islamic Organization for Cooperation could withdraw the recognition of Kosovo due to the agreement related to Israel. In the meantime, however, there have been no such announcements from these organizations, or their members.

Jankovic is just pointing to the growing cooperation of a number of those countries with Israel.

"Documents surfaced back in 2010 on their security cooperation, and even on cooperation in securing the current president of the Palestinian Authority through the Americans, and indirectly with Israel. With all this in mind, the position of Muslim and Arab states is no longer united. They are quite "divided on the issue of Israel, and we know that they are also divided on the issue of the status of Kosovo and Metohija," he points out.

When asked what Belgrade can do in this situation, Janković said that the very act of recognition is only a consequence of what has already been done in Washington.

"You have the position of the new American administration that they have nothing against the paper signed in Washington, which means that they will try to implement it. We have the possibility to at least postpone the implementation of that part of the agreement which refers to moving the Serbian Embassy from Tel Aviv to Jerusalem. That can be done", Sputnik's interlocutor said.

This is exactly what was mentioned after the issue of Israel appearing as a special point of an economic agreement has been raised. That was the first time that speculations were heard that Serbia might not fulfill what it signed if Israel recognizes the self-proclaimed independence of Kosovo.