"Hypocrisy has a name"; "Here is another example - Serbia"

Turmoil followed after the so-called Kosovo and Israel have established diplomatic relations. The EU was the first to react, followed by Serbia, and Turkey. 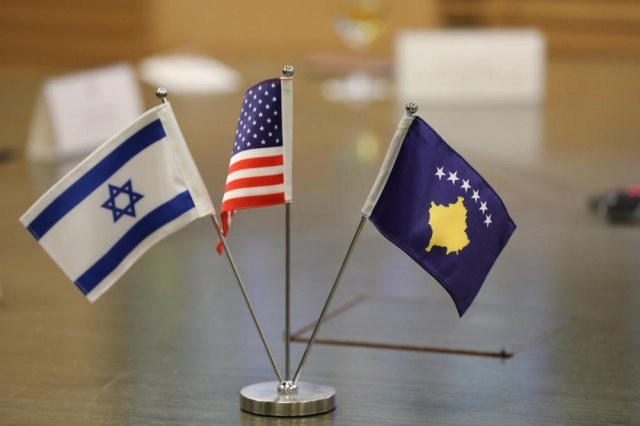 EU was the first to react, after the so-called opening of the representative office was announced, but also officially completed. EU stated that the EU's position on embassies in Jerusalem is clear and unchanged.

"In accordance with UN Security Council Resolution 478 of 1980, which calls on all UN members to move their embassies to Tel Aviv, all embassies of EU member states, as well as the EU Delegation to Israel, are located in Tel Aviv," Brussels said in a statement on Monday, adding that Kosovo is undermining its path to EU integration.

Then, Turkey also reacted, announcing that official Pristina violated international law. Turkish Foreign Ministry spokesman Hami Aksoy said that it "does not serve the Palestinian issue" and, as he states, undermines the vision of a solution on the two states.

"Israel itself has chosen that its interest in bonding with America is more important, preferring USA to Serbia and it is their legitimate right. What is important is that we did not participate in that process, because (Serbian) President Vucic has not accepted to sign an invitation to Israel to recognize the so-called Kosovo, and vice versa", Selakovic told Serbian Radio and Television (RTS).

The last one to respond to the EU's criticism of official Pristina's move was Kosovo's Ambassador to the United States, Vlora Citaku. She stated that it is hypocritical that the EU reprimanded Kosovo for opening an embassy in Jerusalem.

She also reacted to the fact that, as she stated, Serbia, as a candidate country for EU membership, rarely brings its foreign policy closer to the European Union.

"Here is another example. Serbia, although a candidate country for EU accession, rarely, if ever, approaches its EU foreign policy decisions. From relations with Russia and China and arms sales to scandalous UN votes and violations of international sanctions. Serbia's decisions and foreign policy are almost always, if not exclusively, contrary to EU decisions. Brussels has never warned Serbia, though. At least not publicly. The exception is the opening of an embassy in Jerusalem, where the EU has publicly rebuked both Serbia and Kosovo," she wrote on Facebook, as Kosovo online reports.