"Serbia has become the epicenter"

International Institute for Middle East and Balkan Studies from Ljubljana estimates that, thanks to Vučić, Serbia has become the epicenter of regional events. 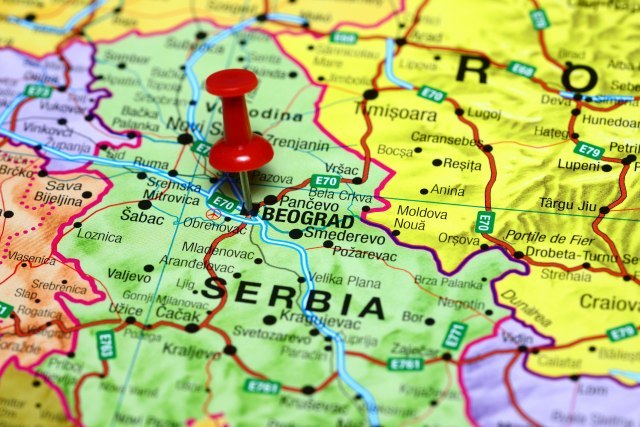 According to IFIMES, Serbia is key to peace and stability in the region.

In the analysis "2021 Early Elections in Kosovo: A Chance for a New Beginning?", The Institute referred to the situation in the region, stating that joint economic development and the establishment of a "mini Schengen" are priorities in regional cooperation, and that individual small countries cannot attract global investors.

Therefore, it is stated that in order to remove internal border and administrative barriers and customs duties, it would be more efficient for the countries of the Western Balkans to have a harmonized infrastructure policy and to work together on the economic reconstruction of the region.

"Vučić is successfully rebranding Serbia, and Kosovo is in constant decline thanks to irresponsible political elites, who, performing public and responsible functions, put their personal interests and enrichment in the forefront, and not the interests of Kosovo," the analysis concludes.

As an example, Ifimes cites the opinion of analysts that Serbia further strengthened its position during the COVID-19 virus pandemic by successfully opposing the pandemic in March 2020, and now by even more successful vaccination of the population.

On the other hand, the vaccination is a complete fiasco of the government of the Prime Minister of the Interim Institutions of Kosovo, Avdullah Hoti, who will probably be listed as "the most incompetent Prime Minister of Kosovo", and the number of victims due to the COVID-19 pandemic will exceed all expectations.

Commenting on the upcoming elections in Kosovo and Metohija, IFIMES states that they are again in the sign of a showdown between the Serbian opposition and Albanian political parties with the Serbian List, led by Igor Simic, and supported by Serbian President Vucic.

As it is stated, it is extremely important to end the Brussels dialogue between Belgrade and Pristina by signing a legally binding agreement, abolish the borders in the region and remove barriers, and thus start intensive mutual cooperation.

The analysis further states that all previous governments in Kosovo, by taking power, announced accelerated development with the promise that they will build strong institutions, which will be a factor of internal stability and peace and thus contribute to stability and peace in the region.

"Promises have not been fulfilled, and the citizens of Kosovo are deeply disappointed with the ruling political structures, because they are the only ones in the region who do not have a visa-free regime, but just the opposite”, the analysis reads.

It is stated that crime in Kosovo has its roots in the government in exile, and that the core of the crime are the commanders of the so-called Kosovo Liberation Army and the (para) intelligence service (SHIK) in cooperation with political structures.

Looking at the recent past, one can notice strong links between current political leaders and huge sums of money, which were collected through various funds, writes IFIMES, adding that many activities were non-transparent and linked to the enormous enrichment of some current and former political leaders and members of their families.

"Crime and corruption continued after the international intervention and the war in Kosovo in 1999. Nepotism is present in all segments of society, and takes place under the direct control and direction of the top political parties," Ifimes said in the analysis.

At the same time, analysts say, they warn of a synchronized campaign and increased attacks by political and criminal structures in Kosovo, and "attempts to discredit the Self-Determination Movement and its president, Albin Kurti."

It is concluded "that the victory of Self-Determination would stabilize the political situation if the Movement itself formed a new government", as well as that it is necessary for Self-Determination to show political sensitivity towards minorities, especially the Serbian community. Више о овом изворном тексту За додатне информације о превођењу треба вам изворни текст