President of Serbia, Aleksandar Vučić, and President of France, Emmanuel Macron, are addressing the media in Paris. 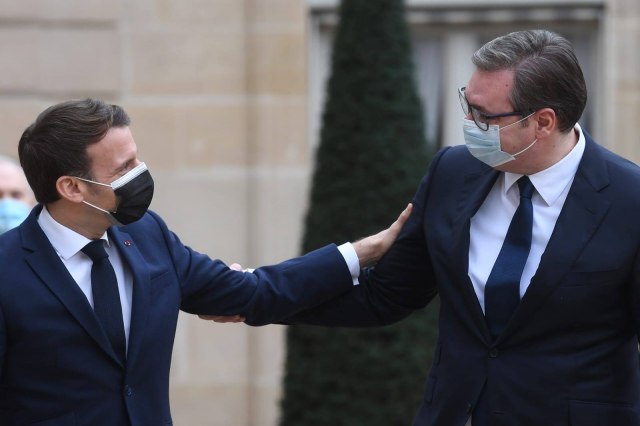 The President of Serbia, Aleksandar Vučić, thanked the French President for the kind words of welcome and pointed out that he hoped for further continuation of bilateral cooperation.

"France is not only an important country for us, but a true friend," said Vucic.

He especially thanked President Macron for the cooperation on the project of building a subway in Belgrade.

"The issue of Kosovo and Metohija is a very important issue for us and we must all work to reach a compromise solution for both sides, which has not been the case so far. I have always been ready to listen to President Macron and his ideas to try to get closer to the agreement. I will present our platform to President Macron and I am sure that we will have an honest and open agreement and that we will achieve something in the coming period", Vucic said.

He pointed out that another, also important topic is Serbia's path to the EU.

"Serbia has shown its capabilities. We are now dealing with Serbia's European path, when President Macron proposed a new agenda for the EU, including a new agenda for accession. We agreed to that, it is better for us to deal with clusters, regarding all those issues that he mentioned. I hope that with his support we will continue our journey", the President of Serbia, Aleksandar Vučić, pointed out.

Vučić said that he hoped that, with the support of France, Serbia would be able to boast of making further progress.