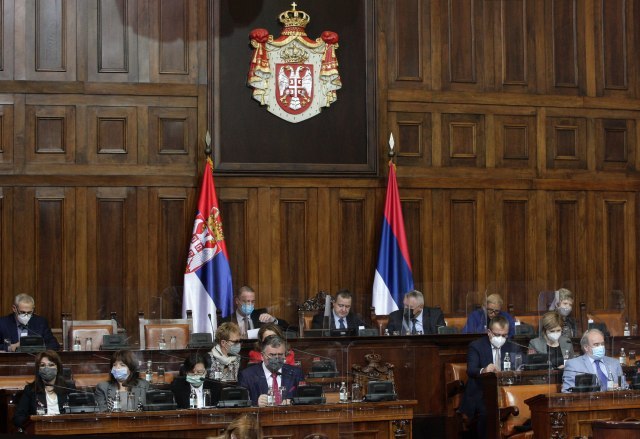 "We want to finish everything that came to us from the government, and the independent institutions," the Speaker of the National Assembly of the Republic of Serbia Ivica Dacic told TV Prva. He said that the regular session lasts until midnight on December 29.

"As he stated, for the first time, the report of the European Commission will be on the agenda of the plenary session.

The Speaker of the Assembly proposed the following agenda: 1. Draft Law on Amendments to the Law on Public Media Services, submitted by the Government (No. 011-2054 / 20 of 11 December 2020)

"3. Bill on Ratification of the Agreement between the Republic of Serbia and Japan on Elimination of Double Taxation in Relation to Income Taxes and Prevention of Tax Evasion and Avoidance, submitted by the Government (No. 011-2057 / 20 of December 11, 2020)

4. Bill on approval of the Loan Agreement (Construction of the highway E-80 Nis-Merdare, section Nis-Plocnik, phase 1) between the Republic of Serbia and the European Bank for Reconstruction and Development, submitted by the Government (No. 011-2055 / 20 of 11 December 2020)