"It's not just about Serbia"

Sergei Lavrov's stay in the Balkans can be understood as an effort to provide stronger support for Russia, especially after the US elections 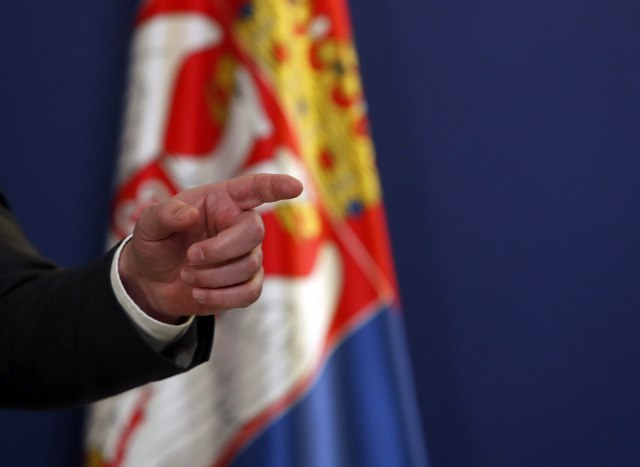 This was assessed by Paul McCarthy, director for Europe of the International Republican Institute (IRI), and Ben Hodges, former commander-in-chief of the US Ground Forces in Europe, expresses hope that Biden administration will be ready to "lend a hand" to President Aleksandar Vučić.

McCarthy believes that Russia wants to show that it is a player that can be counted on.

An associate of the Washington Center for European Policy Analysis (CEPA), Hodges, saw Lavrov's stay in Serbia as a possible opportunity to convey some messages to the Serbian authorities, which, as he says, they may not be ready to hear.

"It seems to me that the Serbian government is becoming less committed to traditional relations with the Kremlin. This, for example, shows the attitude of the new energy minister towards the director of the Serbian gas company, which cooperates with Gazprom. That could also be the reason for Lavrov's visit. "In that regard, I hope that Biden administration will be ready to lend a hand to President Vučić," General Hodges told the Voice of America.

"Serbia's future is in the west - in the EU. Russia simply does not have enough economic power to meet Serbia's needs. And whether Serbia will meet the EU criteria depends on itself. Russia will try to create chaos by using misinformation regarding Serbia's progress towards the EU. But, I don't think it will succeed in that", McCarthy thinks.

Noting that part of the responsibility in Serbia is due to the delay on the path to European integration, Hodges signals that it is necessary to "look at what is happening on the other side." "This is not just about Serbia. The EU has not yet started negotiations with two NATO members. Unfortunately, the Kremlin could use that to drag the entire Western Balkans and the Eastern Mediterranean, if we are not careful," Hodges said.

He assessed that the EU has many problems with credibility, and that it makes decisions slowly and clumsily.

Regarding the fact that Serbia did not open any negotiation chapters with the European Union in 2020, Paul McCarthy says that Russia could use such a state of affairs to further deter Serbia from the path to EU membership, but he is not sure that such aspirations could have an effect.

"The peoples of the Balkans and their political representatives are aware that membership is still a long way off. Serbia signed a good agreement in the White House in September, so the fact that no chapters were opened in the negotiations is a consequence of EU pressure and its disappointments in Serbia-Kosovo dialogue", Ben Hodges said.

Hodges does not agree with the interpretations that the election of the new American administration could influence some kind of turn in the relations between Serbia and the United States, which, it seems, were improved during the mandate of President Donald Trump. "I believe that Serbia is willing to continue to improve relations with the United States. The Trump administration has not withdrawn recognition of Kosovo's independence. United States exclusively helped that process. Efforts and initiatives related to the dialogue between Serbia and Kosovo, the 'Mini Schengen' and the 'Three Seas' initiative (a.k.a. the Baltic, Adriatic, Black Sea (BABS) Initiative) should be continued by the Biden administration. If anyone understands to what extent Serbia and the Western Balkans has changed nowadays, then it is President-elect Biden. And when he visited Serbia while he was in the position of vice president a few years ago, he clearly showed that understanding", believes Ben Hodges.

McCarthy estimates that the current situation in Kosovo is "quite unsettled" and that only Prime Minister Hoti's party supports the dialogue with Belgrade.

"I think that things will become clearer when the elections are held at the start of 2021. Until then, I do not see that there could be any progress. On the other hand, it seems that waiting suits Belgrade."

The Washington CEPA expert expects that the United States will continue to view Serbia as a partner in the region and will provide Serbia with options that are better than dependence on the Kremlin.

"United States can offer better opportunities in terms of investing in the economy. But Serbia is not helping itself when the UN votes against the resolution asking Russia to withdraw troops from Crimea," Hodges said.

The two experts do not rule out the possibility that Russia will continue to use the Kosovo issue to pursue its interests in the Balkans.

"The Kremlin sees no benefit for itself if Kosovo and Serbia are able to reach an agreement and make progress with improved economic and political opportunities," Hodges said.

Paul McCarthy claims that Russia supports Serbia when it comes to its territorial integrity, and on the other hand, it supports the creation, as he says, of a "parastate in Bosnia", undermining the unity of Bosnia-Herzegovina.

"I think that the way in which he tries to undermine the legitimate claims of the officials of the Republika Srpska and Serbia regarding Dayton, leaving aside the policy they are pursuing, is not helpful. On the contrary, it provides excuses and arguments to the separatists in RS and the Russians. Serbia, on the other hand, has repeatedly shown that it does not undermine BiH's statehood. "Serbia's interference in the Balkans cannot always be blamed for the failures of the western and local policies in the Balkans," Hodges concluded.