"What genocide in Kosovo?" VIDEO

In the last four years, Serbia established relations with the US, thanks to President Trump and his associate Richard Grenell, including Serbian administration. 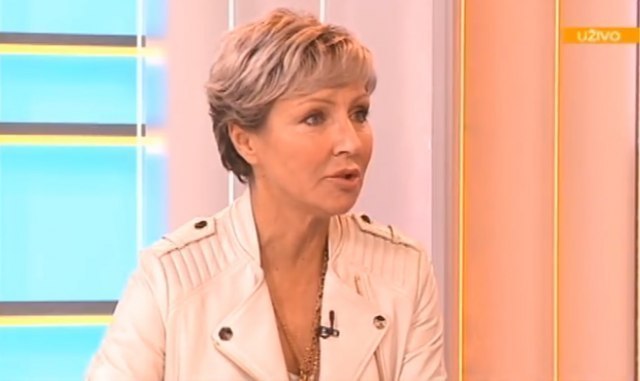 Neither analysts, non-governmental organizations nor the opposition influenced the warming of bilateral relations, the Director of the Center for Euro-Atlantic Studies, Jelena Milić, assessed today.

Milic told Prva TV that the government in Serbia is the only one that can create a field for improving Serbian-American relations. She pointed out that the government has managed to convince the United States that there are small but very legitimate demands for resolving the status of Kosovo, and that it is ready to become an important and valuable partner of the United States in return for those concessions.

She assessed that Serbia should take care that the cooperation with China and Russia does not endanger its European path, and added that everything still loses its meaning until the issue of Kosovo is resolved in a fair and sustainable way.

She added that there are both Russian and Chinese interests that do not have to coincide with Serbia's interests regarding the need for things around Kosovo to remain the same. "The EU shows that it wanted a lot and started a lot, that it would like to have a monopoly in the solution around Kosovo without instruments," she said.

She emphasized that Serbia should consider what the alternatives are, and one of them is the key to strengthening bilateral relations with the United States. She added that Serbia should lobby the White House, the Lower and Upper Houses of Congress, the Pentagon and the US Treasury Department.

"The ball is more in the yard of Belgrade, which should take a more proactive stance and offer certain concessions," she said. Milic pointed out that Serbia should react to the inaccuracies that are heard and explain that we have changed and progressed since the time of the 1990s, when we were punished in the most drastic ways.

"Yes, we have changed and progressed, condemned many and extradited many, and what Kosovo has done? In 2021, we have new geopolitical circumstances, and new tools, and the dialogue should take place in new circumstances. That is a completely new issue, compared to 1999, she said. She added that some persistently mention the genocide in Kosovo and that this is one of the inaccuracies to which Serbia should react.

"What genocide in Kosovo? There is no indictment, let alone a verdict for the crime of genocide in Kosovo," she said. She added that Serbia must use the arguments that it delivered six active police and army generals, and two presidents. "It is not true that Serbia has never been punished, it has also been punished by brutal cooperation with The Hague. And that must be said," she believes.

She also assessed that it was a direct insult when Eliot Engel said "if the KLA committed crimes" and wondered who then killed 2.000 Serbs in Kosovo. She also reminded that 750 people were killed in Serbia during the bombing in 1999, and that Serbia was bombed because of 10.000 Albanian civilians, and wondered about the rationale for such an action.

"Don't make fools out of us. Just because you have the desired outcome, you are not entitled to easily trample on the principles you acted upon, and transitional justice and the fight against historical revisionism", she concluded.