Čomić: We are all equal; We should build a culture of human rights

For thousands of years, people have failed to realize something simple - that we are all equal in rights, says the Minister of Human Rights and Social Dialogue. 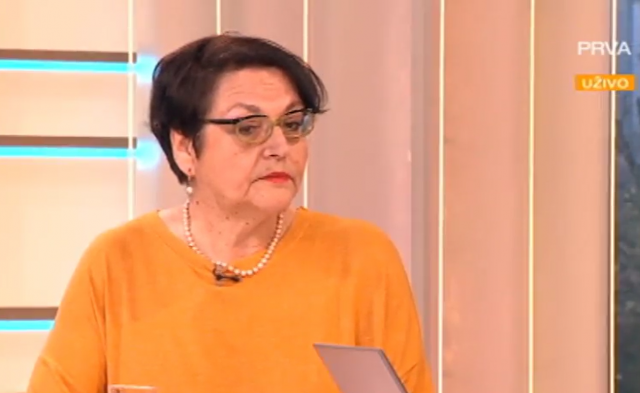 Gordana Čomić points out that this year's Human Rights Day will be dedicated to Serbia's commitment to building a culture of human rights, because the rule of law is based on it.

Čomić points out that Human Rights Day, which is celebrated on December 10, is an explanation of the obvious, because there is no greater "obviousness" than the fact that we are all human beings by birth and that it is necessary to treat the unequal equally.

"And besides being all human, we are different. Long live the differences. What human rights bring to every society is that you can't treat someone as if they are a lower species, that's why they have a personal trait - because they are women or racially different from you, they have a different religion, nation, sexual identity. Whatever, he is a human being," Čomić said in a statement for Tanjug on the occasion of marking Human Rights Day.

She notes that for thousands of years, people have failed to notice something so simple - that we are all equal in rights. "Human Rights Day will be dedicated to Serbia's commitment to building a culture of human rights because the rule of law is based on it." If we are already a society that sings 'God of Justice', let us become a society of justice", Čomić pointed out.

She draws attention to the fact that the data show that in Serbia the most vulnerable are those to whom we have the greatest ethnic distance, Roma, then people with disabilities, women, who are certainly not a minority, but everyone thinks they can be beaten, and other ethnic groups to whom we feel great distance.

"There is a lot of 'small difference narcissism'. "Prejudices cannot be erased from the head, but the law can prohibit behavior and actions based on prejudice, and that is already a little more justice in a society in which many people feel injustice," Čomić emphasized.

In Serbia, this day will be marked by the conference "The Impact of the COVID-19 Pandemic on Human Rights and the Rule of Law", organized by the Ministry of Human and Minority Rights and Social Dialogue.

As announced, the meeting will be attended by Prime Minister Ana Brnabić, President of the Serbian Parliament Ivica Dačić, Head of the EU Delegation to Serbia Sem Fabrizi, UN Resident Coordinator in Serbia

Françoise Jacob, Head of the Council of Europe Mission in Belgrade Tobias Flessenkemper, the event being hosted by the Minister of Human and Minority Rights and Social Dialogue, Gordana Čomić.

The United Nations General Assembly declared December 10 as Human Rights Day back in 1950, to draw attention to the Universal Declaration of Human Rights, as the first comprehensive human rights instrument, the first article of which reads as follows: "All human beings are born free and equal in dignity and rights."

The declaration was not legally binding, until the UN International Conference on Human Rights in 1968, when it was decided that the document was mandatory for all members of the international community.