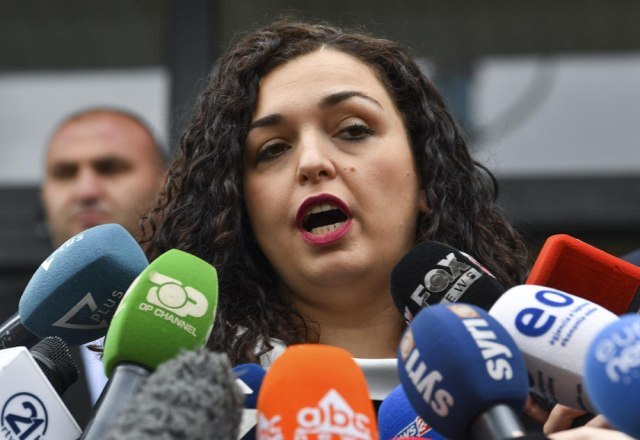 In an interview with Deutsche Welle, she assessed that it was not the time to continue the dialogue with Serbia, at a time when the Special Court is accusing the president and party leaders of war crimes.

"I think that due to the current events, now is not the time to continue the dialogue immediately. Kosovo institutions should take some time, consult with each other, create a much more unified position on dialogue, because it is necessary that everyone who negotiates on behalf of Kosovo presents a more unified stance of the political spectrum than just the coalition it represents", Osmani said.

She said she would contribute to this issue by talking to everyone about Kosovo's attitudes towards dialogue.

The President of the Alliance for the Future of Kosovo, Ramush Haradinaj, also requested the termination of the dialogue on the day when the indictment against Hashim Thaci, Kadri Veseli, Jakup Krasniqi and Rexhep Selimi was confirmed.

Haradinaj's position was also stated by the Minister of Justice at the session of the Government of Kosovo last week, but he was rejected by the Prime Minister of Kosovo, Avdullah Hoti.