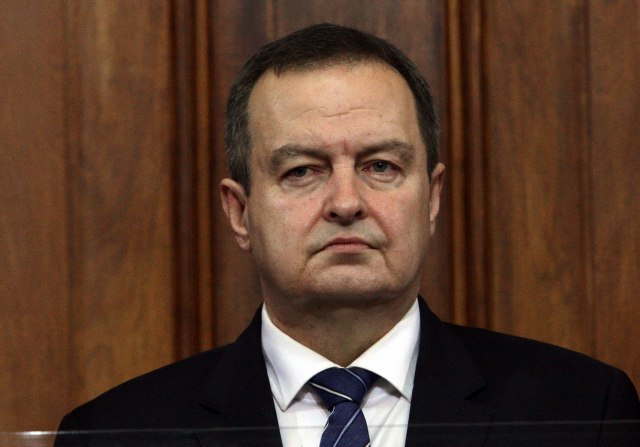 The President of the Assembly is the second strongest position in the country because the Assembly, as well as the President, is elected by the people, the SPS leader explained and added that he did not say that for himself but for the institution.

Asked whether the President of Serbia, Aleksandar Vučić, "removed" him to the Assembly or decided it himself, Dačić said: "I did not withdraw, but Vučić and I decided that the institution must be strengthened. No party leader has ever been the head of the Assembly, because everyone was looking to measure their power through the executive powers".

As he further points out, whoever wants to seriously deal with politics knows that it is important for politics what kind of policy he will lead. When asked what kind of policy he will lead, considering that the SNS has a majority in the Assembly, Dacic said that the SNS is dominant in the government as well. "Political position does not determine one person, but a person can determine certain position", he added.

"I am here to act efficiently and work well and to form a common front of the government. I know that everyone will now interpret it in their own way, but Vucic did not have to offer me that place, he did not have bad intentions. We talked about it for a long time", Dacic said.

He points out that he and the President of Serbia are first and foremost friends. "This is just one moment in the political history that will be turbulent in the next few years. We will have a dialogue with Pristina, pressure on the international scene, talks regarding the EU accession...", he said.

The SPS leader also assessed that Serbia suffers from short-sightedness, in the sense that now everyone will interpret the position of the SPS in one way or another, i.e. in the sense how many ministerial positions it occupied" and no one asks how much power certain party has on the political scene".

"The SPS has a president of the assembly, a secretary general, a deputy prime minister...", Dacic underlined. When asked who will be the Minister of Education, since his party will nominate someone for that position, Dacic answered with "I won't tell you", and then added that he was joking.

"It is a problem that you all think that the Assembly is a place for pensioners and you want to eliminate it. That is wrong. Hear me well, I lead a strong political party, voters vote for the SPS because of that and I need space to act and I was hosted on all televisions since Thursday, what more can I wish for", Dacic concluded.

And, as he says, he did not give up on what he announced earlier, and that is the purge in the party. "I'll have more time for that now."