"Brussels has high expectations from Vučić, while Vucic poses a legitimate question" 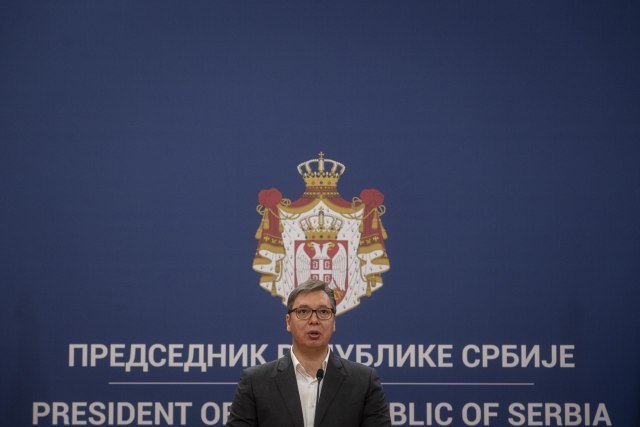 However, he added that the Serbian President rightly wonders whether the EU offers a European perspective in return.

He told the Austrian newspaper Wiener Zeitung that the most difficult part of the job was to start a dialogue at all, and that the goal was a legally binding agreement, Voice of America reports.

"We already have a text proposal on exiled and missing persons, as well as on economic cooperation. But the principle that nothing has been agreed until everything is agreed applies. We are currently discussing very complex topics, including financial claims and property rights," Lajcak said.

The EU special envoy reminded that the agreement on the Community of Serbian Municipalities was reached in 2013 and 2015, and asked why it was not being implemented.

"It's a very sensitive topic that the Kosovo Constitutional Court has also addressed - that opinion must be taken into account. But I ask those who say that now is not the time for that: when, if not now? Well, you signed the agreement yourself."

Lajcak admitted that Vucic justifiably asks what the EU offers Serbia in return.

"President Vučić is asking a legitimate question. We expect him to make a far-reaching decision, and he asks himself: How can I explain to the citizens that it is good for them? This negotiation process was connected to the country's European perspective from the beginning and now Vučić asks: how much of EU perspective will we get? "