Varhelyi came to an official visit to Belgrade VIDEO 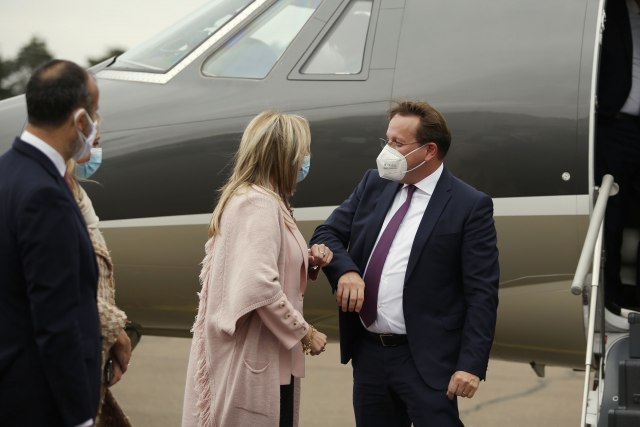 He was in Pristina earlier today.

At the Belgrade "Nikola Tesla" airport, where he landed just before 3 pm, he was welcomed by the Minister for European Integration, Jadranka Joksimović, as well as the head of the EU Delegation to Serbia, Sem Fabrizi.

The meeting between Varhelyi and President Vučić will begin at 6.15 pm, in the building of the General Secretariat of the President of the Republic, and after the meeting he will address the media. Varhelji is also scheduled to meet with Prime Minister Ana Brnabic and other state officials.

The European Commissioner announced that during his stay in Belgrade, he would personally present the report on Serbia's progress and the Economic Investment Plan for the Western Balkans.

During his visit to Belgrade, Varhelyi will also meet with representatives of the opposition, and it is also planned to give a speech before the Serbian National Convention for the EU.

Varhelyi arrived to Belgrade from Pristina, and he will continue his journey to Sarajevo on Friday.