EULEX broke into the offices of KLA veterans VIDEO

About 50 EULEX special officers stormed the office of the organization that gathers veterans of the Kosovo Liberation Army (KLA), Kosovo media report. 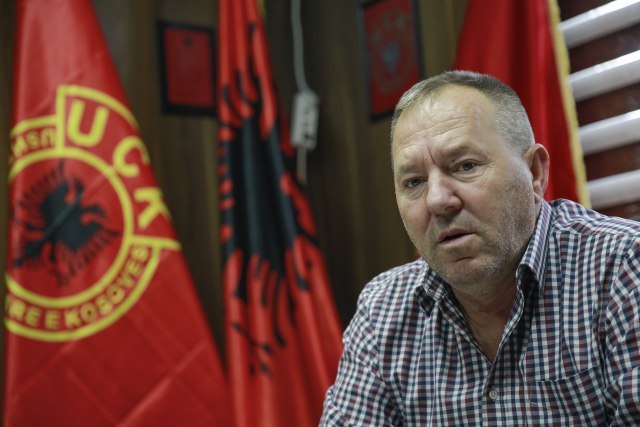 Kosovo police officers were also seen at the scene, following the event from the outside. An investigator who previously came across the documents that were often discussed is also in the building, Koha reports.

According to the latest information, the leader of the organization of veterans, Hysni Gucati, was arrested. This information was confirmed for Index Online by the Deputy Mayor of Pristina, Nasim Haradinaj.

He said that Gucati is currently in the offices of the OVL KLA, where he is waiting for the necessary procedure to be completed, before he is transferred to The Hague.

The EULEX operation was launched 24 hours after the first accused member of that organization, a former local senior commander and one of the heads of the intelligence service, Salih Mustafa, was taken to the Kosovo Specialist Chambers, based in The Hague.

Last week, an unknown young man brought documents to the offices of KLA veterans on three occasions, which allegedly come from the archives of the Special Court.

Following the arrest of Mustafa on Thursday, Kosovo media announced new arrests of indictees before the Kosovo Specialist Chambers for KLA Crimes.

"The raid resembles operations carried out in former Yugoslavia; We will fight"

Faton Klinaku, secretary general of the Organization of KLA War Veterans, said that EULEX did not issue any document for the raid in the office of this organization on Friday, and that the raid is being carried out.

He said that the raid without submitting any documents resembles the actions carried out in former Yugoslavia.

"We will be forced to fight with you as against Yugoslavia," he said, adding that it was a raid and that there would be no arrests.