"Trump Bridge" and "Trump Lake" in Kosovo and Metohija PHOTO/VIDEO

Serbs from the north of Kosovo, placed banners on the Brnjak bridge and on the dam of Lake Gazivoda, sending a message of support to US President Donald Trump 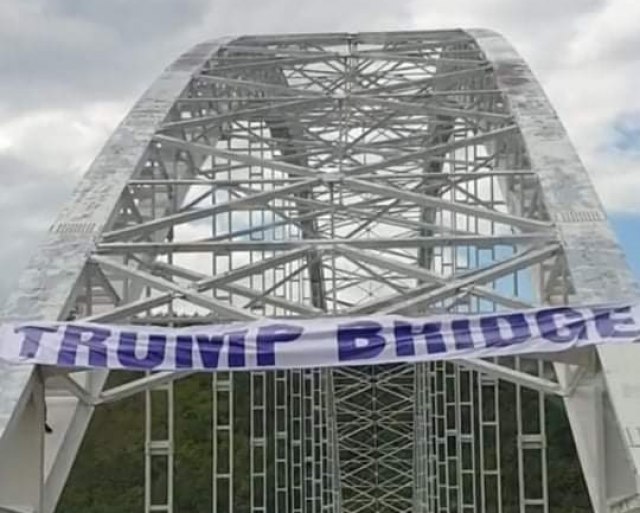 The messages were sent as a sign of gratitude for his fight for peace and progress in the region and his engagement in the dialogue between Belgrade and Pristina.

Yea also the "Lake Trump" banner is up pic.twitter.com/8FkZJ1C7TP

A banner with the message in English "President Trump, Kosovo Serbs thank you for bringing peace" appeared on the bridge, Kosovo online portal reports.

In addition, another banner is also placed on the same bridge: