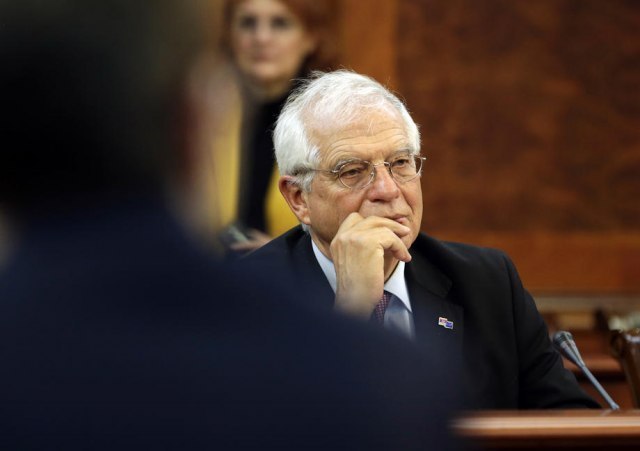 During the session of the European Parliament at which the introduction of sanctions against Belarus was discussed, he said that he considered the EU elections in Belarus held on August 9 to be false and that Lukashenko was not the legitimate president of Ukraine, after which he corrected himself and apologized to Belarus. “Excuse me, what was I thinking?”, he said.

He pointed out that the EU condemns the arrest of several thousand demonstrators and the use of force, and added that at the extraordinary session of the EU held on August 14, it was decided to impose sanctions on Belarus as soon as possible.

"We are trying to apply a gradual approach, and if the situation worsens, additional sanctions will be envisaged. From our point of view, to repeat elections under OSCE supervision will be the best solution, but so far we have been prevented from reaching Belarus authorities at any level", Borrell said.

Sources from the Brussels agency state that EU countries have prepared a list of about 40 Belarusian officials, including the Minister of Internal Affairs, but not President Lukashenko, because Germany and France want to leave "an open door for the possibility" of dialogue with him.

As it is stated, Borrell did not specify when that list will be approved and when the sanctions will come into force, because Cyprus continues to block their introduction, demanding that sanctions be imposed on Turkey first due to geological research in the waters of that country.