Vučić: Possible parliamentary elections in a year and a half

The President of Serbia, Aleksandar Vučić, spoke about two possible models of forming a government. 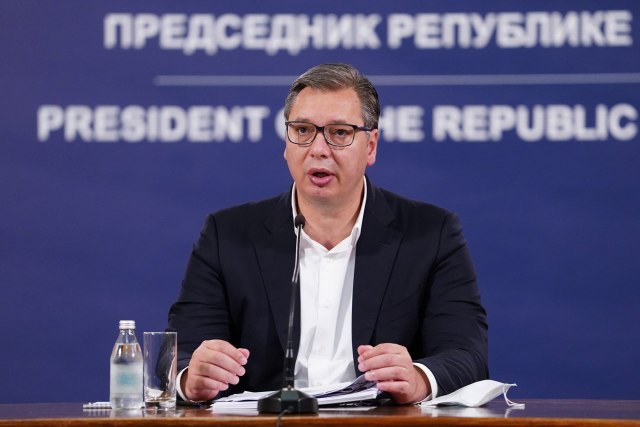 "I would suggest two concepts. One is a simple coalition with one political party, I would not say which one. The other is, given that we are threatened by the wave of coronavirus in the fall and the situation concerning Kosovo, that in a year and a half we will go to parliamentary elections", so a kind of concentration government will be formed. If you ask me, I am closer to the first concept", he says.

He added that he make "calculations", not mathematical, but political one, that is, he considers what is happening in the world, in Europe, in order to bring the best solution for the country and the citizens.

As he further states, his proposal can be expected soon.

"Accordingly, you can expect my proposal. We will come out with it soon," Vucic concluded.