Grenell's successor: These people have never been our friends

The candidate for the new US ambassador to Germany, Douglas McGregor, criticized the US intervention in Kosovo in 1999 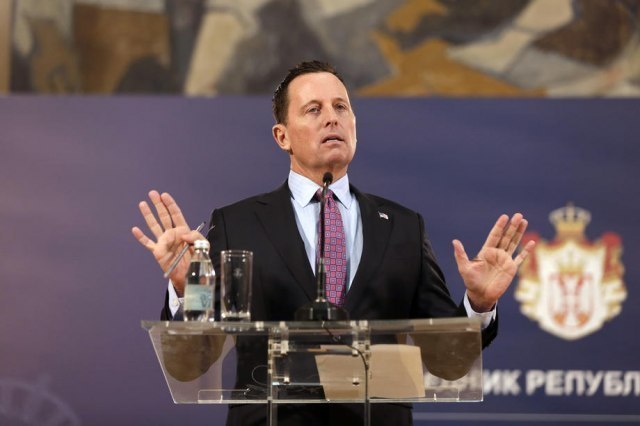 He assessed that it was directed against Orthodox Christian Serbs and that a Muslim drug mafia was set up after it, which was called a success for democracy, CNN writes in a text in which it reminds of his other statements, which he calls xenophobic and racist.

"These people have never been our friends," said McGregor, who will replace Richard Grenell as US Ambassador to Germany.

CNN states that, in addition to statements in favor of Serbia, although at that time as a military staff member he participated in the preparation of the NATO campaign, McGregor published statements that contradict the official policy of Washington, such as when he sided with Russia in the conflict in Ukraine.

The text estimates that, if his appointment is approved by the US Senate, it will mark another low point of the American-German relations, which worsened during the mandate of President Donald Trump.

White House spokesman Judd Deer told CNN by email that McGregor was highly qualified for the job of ambassador, referring to the knowledge of German history and language that he learned while serving in West Germany.