Brnabic: I am one of the candidates for prime minister, coalition with Sapic probable

Outgoing Serbian Prime Minister Ana Brnabic said that she is one of two possible candidates for head of Serbian government, the other candidate is also from SNS 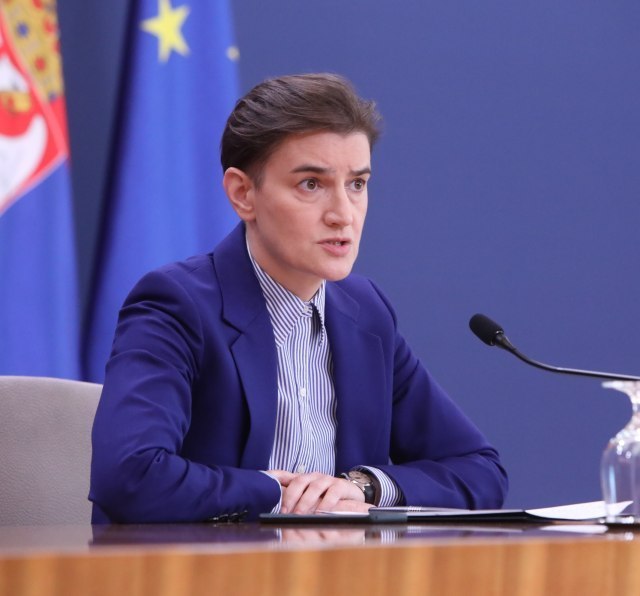 "There are two candidates for prime minister, I am one of the candidates, I know who the other is, but it is not up to me to say who he is. It is a person from the SNS," she told Pink television.

She refused to name the other candidate, saying that it was someone from the SNS who she would back.

"I didn't ask about myself, it doesn't matter to me at this moment, I will stay with Vučić, I will stand by the man who, in my opinion, pulled our country out of the abyss," she said.

When it comes to Aleksandar Šapić, the President believes, according to the Prime Minister, that he still has a lot to learn, but that he appreciates him because of his fighting spirit.

"But, I know that he appreciates his will to fight. Šapić showed that he wants and knows how to fight, and he showed that in the moments when our coalition partners, primarily the SPS, did not," Brnabić pointed out.

Because of that fighting spirit in difficult moments, President Vučić sees himself as a serious partner, the Prime Minister said.

"As far as SPS is concerned, there are certain people in the SPS who are trying to influence which position they will hold through a foreign factor and foreign embassies. That is a sure way not to be in the government," Brnabic said.

She added that anyone who approached Vučić from abroad to nominate someone for a position in the Government was rejected.